Michael Jordan has a bitter equation with one of the ‘Bad Boys Pistons’ till date. Well, yes it’s Isiah Thomas. Jordan’s new docu-series had focused on the exclusion of Thomas from the 1992 Olympic Dream Team in the initial episodes. It was out in the open that Michael’s dislike for the man did contribute to the decision of not having him on the team. But having been said that, the other players also felt a similar way.

On the Bulls Talk Podcast with Jason Goff, David Robinson, one of the members of the Dream Team agreed to Michael. He believes that Isiah’s reputation as a ‘Bad Boy’ led him to him being left out of the team.

“If you have a reputation and you take pride in your reputation as a ‘Bad Boy’ it kind of means people aren’t going to like you,” Robinson told Goff. “Can you be that surprised when people say ‘I don’t really want to play with the Bad Boys?’” 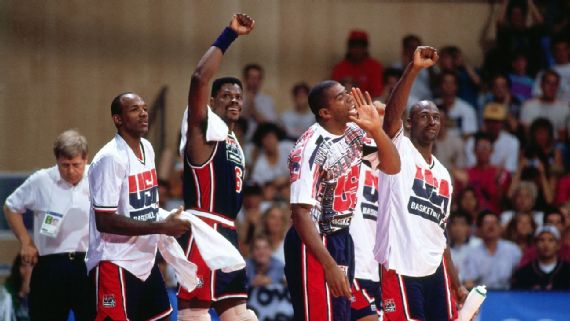 The 90s saw the Detroit Pistons as Bad Boys which made the opponents dislike them. They carried that vibe for a long time and didn’t get along pretty well with others. The Spurs former player also feels that including Thomas would have changed the team dynamics for the worse.

The US Dream Team won a gold medal in the 1992 Olympics. David says team chemistry is what matters and that may have been disturbed with the Pistons star. “When you talk about putting together a team, chemistry matters. It does. You can’t act like it doesn’t matter and for that team, it was clear that was a consideration for all the people involved.”

A few weeks back on a podcast, Isiah mentioned how ‘hurt’ he was whenever he thought about this incident. He also expressed his desire to make it to the Dream Team which just remained a wish for him. Moreover, his feud with Michael proved to not be the sole reason for it. Magic Johnson also played a part in it as he admitted long back. Now it seems like it was a unanimous decision.

Read More: Charles Barkley reveals Michael Jordan was selective in who he bullies