“He’s Right There”: Scottie Pippen Had Declared LeBron James His GOAT Over Michael Jordan Years Ago

Well, for many the GOAT comparison comes to an end. Over the years NBA fans have drawn frequent comparisons between the two All-stars, Michael Jordan and LeBron James. The latter is foreseen as the MJ of his time and various similarities in their style of playing are evident. But when NBA’s next best player of the 90s, Scottie Pippen says that LeBron has surpassed MJ, it’s definitely a powerful statement.

LeBron James is placed alongside the greatest players in the history of the NBA. What he has achieved in his career to date speaks volumes about his supremacy in the sport. Any player being called even ‘similar’ to Michael Jordan is a matter of pride. But is he even close to catching Jordan?

Pippen admits, LeBron James is the next GOAT

As Jordan’s talented duo partner for years and as one of the most incredible NBA player, Scottie Pippen would be the ideal person to break the chaos of Jordan vs LeBron. In 2017, on ESPN ‘First Take’, Pippen answered what many wanted to know for a long time. Jordan or James, who is the GOAT?

How close is LeBron to Jordan’s master level? “He’s right there,” is what Scottie Pippen has to say. “He might never catch him in terms of MVP. But in terms of statistics, LeBron is right there…Not just scoring, check his assists, check his rebounds. He’s probably here to Jordan.” 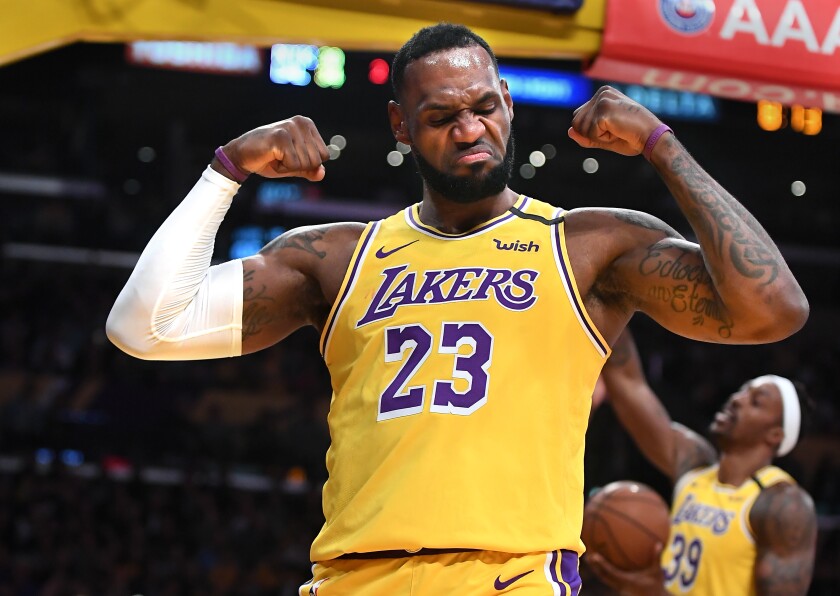 Surely Pippen is quite convinced. MJ’s six NBA championships will remain unmatchable for a long time but in terms of all other aspects, LeBron is really there. LeBron averages 7.9 RPG in his career as compared to Jordan’s modest 6.2. LeBron has been a master in assists. His career average APG of 10.6 is way past Jordan’s 5.3. In statistical categories LeBron is really killing it!

It’s going to be interesting to find out where LeBron will take his game towards the end of his career. This statement was given by Pippen three years back, then surely LeBron is past MJ with his destruction in the recent seasons!

What do you think?