WATCH: When David Letterman Asked Roger Federer If He Would Play in the Next 10 Years

The NBA has seen so many players like Patrick Beverley, who have been treated in an unfair manner. The NBA drafts can either build one’s career or leave it in an indefinite state. Since the 2009 draft, Beverley’s days in the NBA have been controlled by his franchise and as he likes to say, LeBron James.

The Clippers point guard has held grudges against LeBron for a long time now. Moreover, he feels like it’s a ‘chip on his shoulder’. But what exactly happened?

In 2009, Patrick was drafted by Los Angeles Lakers and a day later was given away to Miami Heat. As a result, his career didn’t start on a very promising note.

The giving away policy continued for Patrick. LeBron was recently traded to Heat back in 2010. In the final roster that year, Beverley was then trimmed out of Miami. 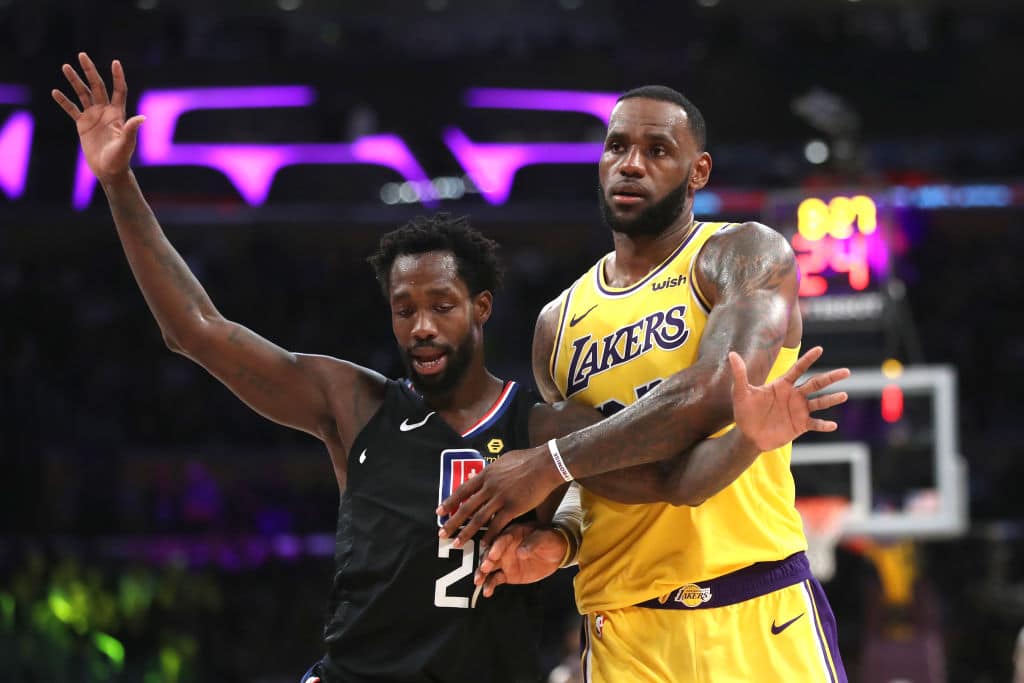 LeBron James was an obstacle for Patrick Beverley

After spending most of his playing days with Houston Rockets, Patrick was traded to Clippers in exchange for Chris Paul. This season, after a match against LeBron-led Lakers, he made an honest admission.

Patrick didn’t mince words. He genuinely believes he was put out of Miami because of LeBron’s arrival.

“I played with Miami, with LeBron and they cut me. I got drafted by the Lakers, they traded me to Miami. Bron got there, they cut me. I remember it like it was yesterday, so yeah, it’s a chip on my shoulder,” Patrick revealed.

The Clippers man feels demeaned by the aforementioned incident and thus refers to it as ‘a chip on his shoulder’. Beverley seems to have never forgotten the move away from Miami. If the NBA does manage to resume the current season, Patrick will be looking to give it back to James on the court.

Patrick was part of the NBA All-Star Weekend Skills Challenge in 2014 and might be included in the same this season as well. It’s interesting to note that if he hadn’t been left out of the Miami roster, he would have probably achieved more in that time. Or was Houston a better place to be?