PlayStation 5: A Look at the First Exclusive Game

As the return date of the NBA is largely unknown, teams have been granted permission to reopen their training facilities. But with the threat of the coronavirus still looming large, several teams are not willing to gamble, and the Los Angeles Clippers is one among them.

The NBA granted permission for teams to reopen their training facilities, starting May 8th. However, there are certain protocols to be followed. “The potential rules changes would allow teams to make their practice facilities available for use by the team’s players for workouts or treatment on a voluntary, individual basis if the team’s facility is in a city that is no longer subject to a government restriction,” the league said in a statement.

With strict rules to be followed, many teams obliged with the league and called their players to come forward and start training. As of May 15, eleven teams have opened the doors to voluntary player training.

Ohm Youngmisuk, who works with ESPN, primarily covering the two Los Angeles teams, had some news about the Clippers. While the Lakers are all set to open their facilities with socially distanced workouts, the Los Angeles Clippers will not engage in training activities of any kind. Youngmisuk also states that anything beyond it remains to be seen. The team has taken no decision on when they plan to open their training facilities. As for now, health is the first priority for the team owned by Steve Ballmer.

The LA Clippers are an exciting team to look out for in the playoffs. Before the league’s suspension, the Clippers held the third-best record in the league. For a team that has the troubling past of the ‘Lob City’ era, this side seems to be doing really well. 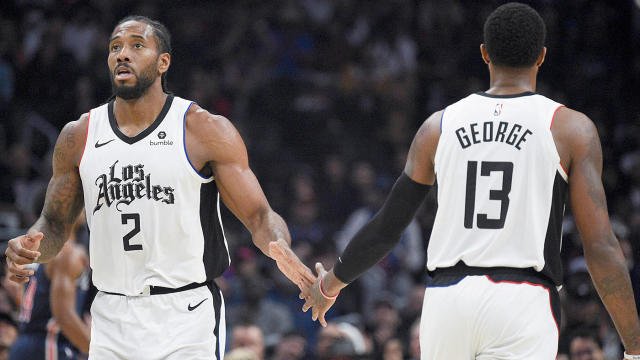 Reigning NBA champion Kawhi Leonard has performed remarkably well in his debut season with the team. His pairing with Paul George seems to be working out for coach Doc Rivers. The latter seems to be extremely confident with his team ahead of the league’s return. The team has a good composition of young talents and raging veterans which fulfills Doc’s expectations.

However, everything depends upon the resumption of the league, which still looks a few weeks away from now.