The top-seeded Milwaukee Bucks will, in a literal sense, take over the Washington Wizards tonight. It’s a low-intensity match considering the records of the two teams. While the Bucks are leading the East, Wizards are looking to get eliminated post this game.

The Bucks haven’t been at their top potential ever since the season restarted. They have only two wins to their name and recently lost to the second-seeded team, Toronto Raptors. The results of this fixture won’t make a significant difference to either team in terms of standings.

But Bucks should be looking forward to improvising on their game, since Orlando hasn’t given them much joy of winning. They haven’t been the same as they left when the season got suspended. Also, with the playoffs coming near, it becomes even more important for the team to step up. 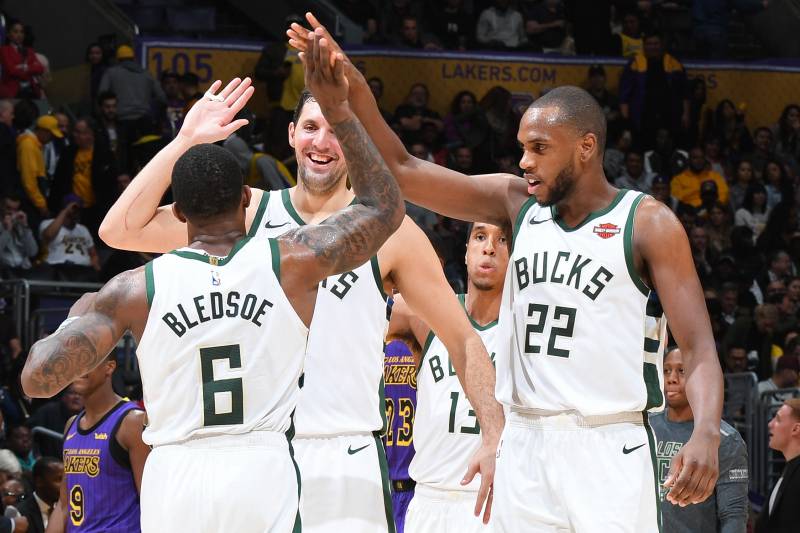 What is there to look forward to in the Wizards vs Bucks matchup tonight?

Wizards have been defeated in all six matches in Orlando, and it’s been a continuous downfall for them. The only few players who could make the game probably close would be Troy Brown Jr, who recorded a triple-double in his last game. Other than him, Ish Smith will be a man to watch in this game.

On the other hand, Milwaukee Bucks will be missing their star player, Giannis Antetokounmpo, in their lineup. In his absence, Khris Middleton and Brook Lopez will take over the lead role of a most-likely victory for Bucks. Others on the court will be Eric Bledsoe, Pat Connaughton, and Wesley Matthews as far as the lineup prediction is concerned.

It’s hard to say that the viewers will be witnessing something exceptional in tonight’s match. It will be the struggling Wizards who may want to prove their worth in the league for the very last time.

There have been unexpected results this time inside the Bubble, so any prediction before a match could go in vain. Moreover, the Wizards may not be able to beat the top team of the conference but can surely attempt to put up a fight worth watching.

It will be interesting to watch how the Bucks will go about this match with their main man rested on the bench.