Victor Oladipo is one of the foremost shooting-guards in the NBA. He’s a 2-time NBA All-Star and won the Most Improved Player award in 2018.

Drafted 2nd overall in the 2013 NBA Draft, Oladipo was considered one of the hottest prospects entering the NBA that year. Oladipo’s first season with the Orlando Magic saw him selected for the NBA All-Rookie team.

The following seasons saw Oladipo average close to 17 points-per-game, yet Magic didn’t consider his performances worthy of their ambitions. Therefore, he was traded to Oklahoma City Thunder along with other pieces for Serge Ibaka.

After spending only one season with OKC, he was traded to the Indiana Pacers in a move that saw Paul George go the other way. After incessant rejigs and transfers, it was with the Pacers that Oladipo really came into his own. 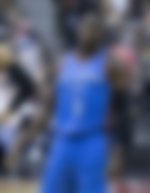 Since coming to the Pacers, Oladipo’s game has improved tremendously. He’s been scoring and assisting more, and he’s at All-Star status; however, Oladipo never looks like he is entirely happy with the Pacers. A traditionally smaller market, the Pacers are not an All-Star caliber destination.

Oladipo is not the same player he was since his injury in the 2018-19 season. The injury has affected his abilities, and style of play significantly. While there is no denying that he is still a great player, his ceiling and potential in the eyes of many have gone down.

It appears as though Victor Oladipo has his heart set on leaving and moving to a more suitable free-agent market. With him just entering his prime, he wants to maximize his potential and possibly taste championship success in his career.

Brian Windhorst, on his podcast, talks about Oladipo’s future, and where he might jump ship to. “Oladipo has been connected to Miami for months now…my feel is that Miami has their eye on bigger fish….I’m not sure that the interest from Miami is as high as the interest from Oladipo.”

“Oladipo has been connected to Miami for months now…my feel is that Miami has their eye on bigger fish.”

While Oladipo may fancy trading Indiana for Miami, the Heat don’t seem particularly interested. They will have their eyes set on the 2021 NBA free-agent class with the likes of Giannis Antetokounmpo ripe for the taking.