WATCH: Trail Blazers Have a Special Celebration for Carmelo Anthony As He Bags Another NBA Milestone

Carmelo has been playing for 17 seasons now, and this has added to his greatness in the NBA. He is now with 26,398 career points behind San Antonio Spurs’ Tim Duncan in the all-time scorers. Blazer’s main man crossed the mark on the free-throw line in a 124-121 victory over Philadelphia 76ers last night. He added 20 points alongside Damian Lillard‘s 50-point game. 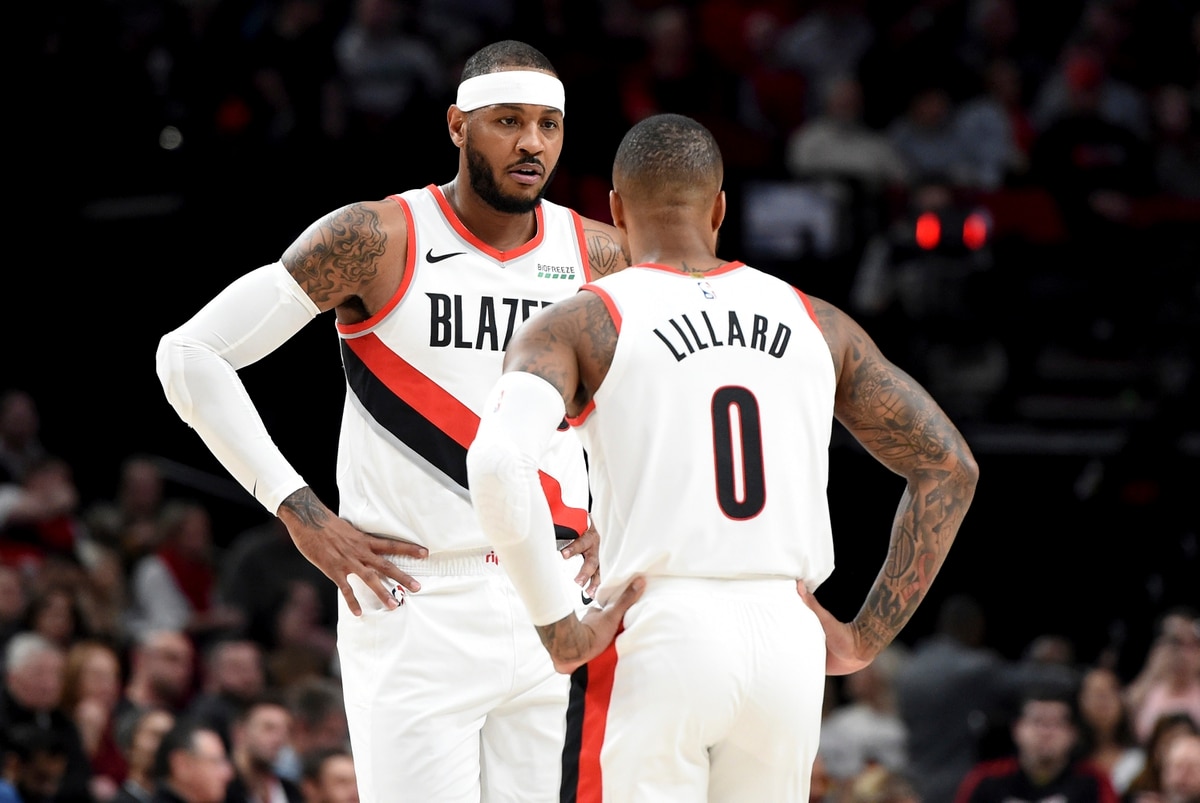 Currently, Melo is averaging 23.6 points, 6.5 rebounds, and 2.9 assists in his illustrious career. Moreover, we can’t count on fingers the number of times he has single-handedly taken his team to the winning line.

Carmelo Anthony has played for a number of teams like Denver Nuggets, New York Knicks, and Oklahoma City Thunder throughout his career. It was only recently this season that he joined Damian Lillard and CJ McCollum as part of Trail Blazers.

In the past years, some of his greatness was marked by becoming a scoring champion in 2013 and being named the NBA All-Star ten times until the present.

To celebrate this new achievement, the Blazers honored their experienced player with the day’s game ball. Carmelo gave a thankful speech, and the team moved on with cheers and excitement over the big day. It is definitely a star mark on Anthony’s career, and we are yet to see what else he can do with that talent.

What is the Trail Blazers up to in the season ahead?

The fight for the eighth spot in the Western standings has created dramatic turns over the games. There were some unexpected results in several matches and the Blazers are holding a 4-2 winning record in the bubble. The race for that last seed to reach the playoffs has numerous contenders; the likes of Memphis Grizzlies, San Antonio Spurs, and Pheonix Suns.

It is becoming interesting as teams are toppling up and down the table with each match passing by. Lillard has been in good form in Orlando and has consistently made a winning effort.

Trail Blazers will be taking over Luka Doncic‘s army, Dallas Mavericks, in their next fixture on the 12th of August.