‘Not Bad for Last’: Sha’Carri Richardson Makes a Bold Prediction After Overtaking Jamaican Star in 2021 Rankings

The athletics season has ended, with the Jamaicans exhibiting sheer dominance over the track. Starting from the Tokyo Olympics 2020, Elaine Thompson-Herah, Shelly-Ann Fraser-Pryce, and Shericka Jackson have triumphed the races with their high octane running. They have set the top times, setting a benchmark of what modern-day greatness looks like. However, where does Sha’Carri Richardson rank amidst these exceptional runners?

The third-fastest time this season was set by Sha’Carri Richardson. In her recent Instagram story, she reminded fans what she is capable of. Notably, she overtook Jamaica’s Shericka Jackson and finished third on the ranking charts. 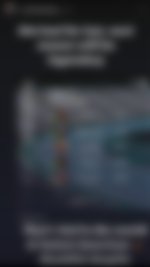 The talented sprinter posted a story of her timings last season, which speaks volumes about her talent. The American sensation set a fantastic time of 10.72 during the Miramar Invitational in Florida. Significantly, this became the sixth-fastest time in women’s 100-meter history and was the third-fastest time this season.

Moreover, she qualified for the Tokyo Olympics by setting a good time in the US Trails.

However, things did not go as planned for the sprinter. Surrounded by controversies off-track, she ended her dreams of competing in Tokyo.

Sha’Carri was handed a ban by WADA for failing a doping test, which canceled her plans to head to Tokyo. This became a cause of concern as the sprinter lost her form and could not come up with a good performance after. Thus, started the downfall of Richardson.

Soon after her ban was over, she entered the Nike Prefontaine Classic competition amidst much fanfare. The hype was real and the razzmatazz of a sensational return was on the cards. As the race started, the three Jamaicans sprinted past the finish line, with Thompson-Herah setting the second-fastest time in the competition’s history by clocking 10.54 seconds.

Of all the nine runners who took part, Richardson finished last. Setting a time of 11.14 seconds, she shocked the world with her performance. Moreover, her post-race interview made matters worse for the talented sprinter.

After all the post-controversy buildup, the last-place finish by Sha’Carri Richardson in the women’s 100m at the @nikepreclassic was shocking but it's her post-race live interview you need to watch..😳😳😳pic.twitter.com/iGjGJHod9Y

Undoubtedly, her recent Instagram story showed what she is capable of. With the exceptional Jamaicans in front of her, it may take a gargantuan effort to surpass them. However, the talented sprinter is young and, hopefully, she can live up to her famed caliber.