This year’s NBA season is providing fans with incredible highlight reels and outstanding performances. Most importantly, Charlotte Hornets is having a season to remember with Lamelo Ball as he is leading the charge for the Hornets and they rank 5th in the Eastern Conference. However, during their game against Orlando Magic, Ball missed an easy dunk as he looked to perform a highlight-reel play. This got him benched, as well as received a lot of trolls from celebrities. One of them included Simone Biles’ boyfriend- Jonathan Owens.

While going in transition, Ball tried to alley-oop the ball to himself but failed to put the ball in the basket. This saw him getting benched immediately as the coach seemed unimpressed. Because of this, many celebrities took banter to his missed shot. One such person was Jonathan Owens; Simone Biles’ boyfriend. Most coaches would take the player off because of their attitude towards the game. Hence, Owens posted an Instagram story where he teased Ball with his failed attempt. 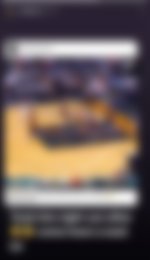 Owens, with his sense of humor, trolled Ball for that move. The coach of the Hornets team spoke about the repercussions that led to the incident, stating how Ball won’t get any favors on the team. But, Hornets coach James Borrego spoke about it as a growing experience for the player to overcome.

“Obviously that play, we’ll talk about it. He knows it, he owns it and we’ll move forward. … Just another growth opportunity for him,” said Borrego.

A similar incident in a soccer match

There is a fine line between skill and attitude. Youngers players are molded professionally so that they don’t get overboard. The decision would prove to be a learning curve for Ball; who has been in terrific form. One incident that comes to everyone’s minds was during a soccer match between Manchester City and La Galaxy. As the ball was put forward for then forward Mario Balotelli to score, he attempted a trick shot that prompted jeers and taunts from the opposition fans and manager Roberto Mancini. Soon after the incident, he got subbed off.

The manager spoke about being professional as players should respect their opponents. If he had made that skill, then it would have been a goal to be remembered. But he did not. The similarities between Ball and Balotelli are up there for interpretation.

Nevertheless, if Lamelo Ball made that shot, it would be a completely different story. It’s a fine line between success and failure!

WATCH THIS STORY- Michael Jordan, LeBron James & Other NBA Players With Hilarious Meanings of Their Names on Urban Dictionary