The Austrian ski course, the Streif, has an incredibly difficult and insanely steep piste. The vertical slant of 40.4 degrees makes it difficult to ski on the snowy path. However, legends like Aleksander Kilde think otherwise. Kilde made headlines by winning the Men’s downhill race in Kitzbuhel. Interestingly, to congratulate her boyfriend, iconic skier Mikaela Shiffrin expressed her delight in the most fascinating way.

On January 21st, Kilde ruled the Hahnenkamm mountains in Austria, as he took home the momentous victory. Following his triumph, fans flocked to social media to congratulate the Norwegian skier. However, the spectator who took all the brownie points through her congratulatory dance is none other than American ski champion, Mikaela Shiffrin.

When Kilde was netting the win in Austria, Shiffrin was participating in the World cup Super-G in Cortina d’Ampezzo, Italy. So, when she heard about Kilde’s incredible victory, she did a happy dance in her ski gear, right before slopping down the hill.

Megan Harrod, Shiffrin’s marketing and PR manager recorded the whole thing from behind the lens. Later, she shared the 27-year-old’s delightful performance through her Twitter handle. Captioning the tweet, Harrod penned, “@MikaelaShiffrin’s reaction to @AleksanderKilde’s run at the #Hahnenkamm today”.

To appreciate Shiffrin’s frolicking, Harrod added, “WHAT. A. BOSS!!”. Not just that, Kilde also acknowledged his girlfriend’s cheerful gesture by re-sharing the video on his Instagram handle. In the caption, Kilde addressed Shiffrin as, “Queen”. Clearly, the 2x Olympic medalist took the center of the spotlight with her merry wish for Kilde.

Kilde is a fan of Shiffrin’s Skiing

Just like Shiffrin, Kilde also takes up every opportunity to talk highly of his girlfriend. Last year, Kilde and Shiffrin challenged each other in a Skiing match in Chile. Interestingly, the American trounced her Norwegian partner and won the race. Expressing his reverence for Shiffrin, Kilde stated, “That’s good skiing”. 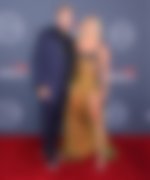 Whether it’s a competition or expressing veneration for each other, the power couple always steals the show with their fascinating dynamics. And, Shiffrin’s celebratory dance for Kilde is just one such example.

Purva Jain is a US Sports author for EssentiallySports. She has a Bachelor’s degree in Computer Science and Engineering from Mody University of Science and Technology. Purva is an avid reader and author of 3 books that are published in national and international marketplaces.
ARTICLES BY AUTHOR