The footballing world had a euphoric day yesterday after Cristiano Ronaldo announced his return to Manchester United. Despite leaving Old Trafford back in 2009 for Real Madrid, CR7 has returned to the club amidst much fanfare. The legendary football player will don the United jersey for one last dance. Fans could not contain their excitement after the signing. Ex-players and fans took to Twitter to applaud the Portuguese sensation’s move back to Manchester. Likewise, legendary sprinter Usain Bolt got in on the act as well.

After an incredible transfer window that saw Lionel Messi move to Paris Saint Germain, Ronaldo’s arrival has sent the fans into a frenzy. The prodigal son returned to the place where he perfected his craft. Legendary sprinter, Usain Bolt, wished Ronaldo and welcomed him back to United. He is known to be an ardent follower of the club and looks happy that Ronaldo is back to where he belongs.

Bolt comes and watches United games often as he has admitted his love for the club.

Significantly, Ronaldo made his intentions clear to leave Juventus as cross-town rivals Manchester City were the favorites to get his signature. But former players and fans pleaded with him to return to Old Trafford and the story took an incredible U-turn. Thus, this signing makes improves United’s chances for the upcoming English Premier League season.

But can he perform like the golden old days?

The next question is be simple. How will Ronaldo fit into Solskjaer’s plans for United?

Despite having an incredible transfer window including the signings of both Sancho and Varane, the signing of Ronaldo will steal all the headlines. However, this is not the Ronaldo of old where he could dribble past opponents with ease. The quality in the Premier League has improved leaps and bounds ever since he left United for Madrid. 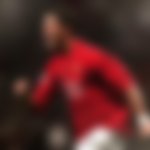 Regardless of not being able to sign Ronaldo, City have an amazing squad. Liverpool have Virgil van Dijk back in their defense while Chelsea are the current European Champions. The title challenge should be the aim for United now. But, the lack of a proper defensive midfielder hampers their hopes of mounting a serious challenge.

Although the signing speaks volumes of United’s ability to attract world-class talent, their problems are not over yet. As much as it is a wonderful signing, it is still early days as this year’s title race is not a foregone conclusion.

WATCH THIS STORY- From Nike to Liverpool FC: LeBron James’ Best Investments That Made Him a Billionaire