The first time Stone Cold Steve Austin stepped in to the ring, the crowd knew he was going to be a legend. Everyone thought this young blonde from Texas was going to be the next Ric Flair. Instead, he created his own distinctive legacy and a few features by which only he will come to mind when he’s thought of.

Austin 3:16 started off in professional wrestling entertainment in USWA at the end of 1980s. Growing under the nourishment of ‘Gentleman’ Chris Adams, ‘Steve Williams’ gained popularity as a beginner baby-face.

Looking back at his good old rookie days, Steve Austin opened up about Adams and the special memories with WWE legend, Dutch Mantel.

The Texas Rattlesnake was in Chris Adams’ wrestling school at Sportatorium before his stardom. In the beginning of 1990, Steve Austin began his run in Memphis, Tennessee, for USWA. There, he met former WWE wrestler, manager and booker Dutch Mantell. Recently, Austin posted an old picture of him with Chris Adams and evoked nostalgia remembering his time with ‘Dirty’ Dutch Mantel.

Austin wrote, “Throwing it back to 1990 with my old tag team partner, The California Stud, Rod Price. Working for the one and only Playboy Gary Hart in Dallas, Texas. The boots I am wearing were given to me by my trainer and mentor, Gentleman Chris Adams. They were 2 sizes too small, but times were lean, and I needed some boots.” 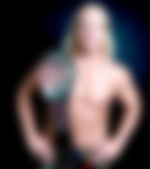 However, his partner Price stayed back in Dallas, and he headed out to Tennessee. Moreover, Stone Cold detailed how he met Mantel. “My first gig in Tennessee was in Memphis at the Mid South Coliseum. That night I would meet booker @dirtydutchman1 and he would give me the name Steve Austin 15 minutes before I worked.”

“Over the course of my run in Memphis, Dutch took me under his wing and told a lot of bullshit stories and gave me tons of invaluable advice. He also cussed at me, chewed all of my tobacco, and ribbed the hell out of me. Good times. #uswa #prowrestling #ontheroad #payingdues #tbt,” the WWE legend reminisced.

Currently, Steve Austin has not shared any plans to involve in a WWE storylines after stealing the show in WrestleMania 38. Nonetheless, he is still hosting WWE Network’s Broken Skull Sessions podcast.

Sreeda U M is a WWE writer at EssentiallySports. An enthusiastic journalist, Sreeda has earned her Masters in Mass Communication and Journalism. She has been zealously following WWE since her childhood, and her favorite wrestlers are The Four Horsewomen.
ARTICLES BY AUTHOR