“Please Let The Children Be Okay”: Prayers Flood In as Children are Reportedly Hospitalized After Jay Briscoe’s Horrifying Demise

Ring of Honor icon and Hall of Famer Jay Briscoe tragically passed away at the age of 38 in an accident on Tuesday. As this news broke out, there was an outpouring of grief from the pro wrestling community. Names from WWE and AEW joined in to pay tribute to one of the finest tag team wrestlers of the modern era. And now further details about this tragedy reveal even more heartbreaking news. 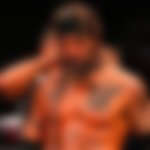 It is being reported that four people were trapped in their vehicles, including a woman who also died at the scene. It is also believed that Jay Briscoe’s daughter was also involved in the accident and was named as a “critical pediatric” in the emergency medical log obtained by Ringside News. Wrestling journalist Dave Meltzer later confirmed on Twitter that two children have been hospitalized.

Fans pray for the survivors of the Jay Briscoe car accident

According to a report in Ringside News, Jay Briscoe and his daughter were returning from a cheerleading competition when the accident occurred. A woman has also died on the spot along with Jay. Dave Meltzer then tweeted that two children have been hospitalized. Bryan Alvarez also reported that Jay Briscoe’s daughter’s school announced that they will be closed for tomorrow.

Jay Briscoe’s death has already shaken the wrestling world across the globe and fans poured in their tribute and support. After the news of two children being hospitalized emerged, they are now hoping for the well-being of those who survived the accident. A fan wrote, “Please let the children be okay.” Another user commented, “Hope they recover soon.”

Here are the top tweets from the fans who are hoping to hear some good news from this tragic incident.

The police scanner says 2 adult fatalities, 2 children critical. I'm praying it wasn't both their parents. I won't lie & say I ever saw the Briscoes wrestle. But no children deserve that kind of pain and loss when fighting for their own lives. This is just a heartbreaking story.

Really Hope They Make It Out Okay. Praying For Them 🙏

Praying for their survival

Man this makes things so much worse, prayers up for the Briscoes and everyone else involved in the accident https://t.co/aStKMeSMkB

Jesus Christ. This is horrifying https://t.co/nCGPIJgPxL

Fans kept praying for the children in the accident.

Many top names such as Triple H, Chris Jericho, Cody Rhodes, and others have paid their tributes to Jay Briscoe since his untimely passing. The late 38-year-old star held the ROH tag team titles 13 times with his brother and was even the current tag team champion. ROH also inducted him into their Hall of Fame in 2022. We now hope and pray that the children who have been hospitalized recover soon enough.