The Undertaker is a true wrestling great, and in his prime was one of the best wrestlers. His wife, the former WWE Women’s Champion, Michelle McCool, is also an icon in her own right. Last year, the couple attended an episode of RAW along with their daughter. But what grabbed the attention of those in attendance were the hilarious signs held by The Phenom’s daughter taking digs at WWE superstars.

This particular episode of RAW emanated from the American Airlines Center in Dallas after the Money In The Bank event in 2021.

The Undertaker was backstage during the show, while McCool was at ringside with their daughter.

Their little girl held up a sign during a women’s match, taking digs at the women wrestlers in the ring. The match included Tamina and Nia Jax, both of whom are cousins of WWE legend Dwayne Johnson.

The Undertaker and Michelle McCool’s daughter let her feelings out

During the tag team match which pitted Natalya and Tamina against Nia Jax and Shayna Baszler, The Undertaker’s daughter displayed a sign that would’ve made their parents proud.

The sign read, ‘My mom can beat all the women here’. Her mother Michelle McCool has shared the ring with Tamina, Nia Jax and Natalya.

In fact, she has wrestled Natalya quite a few times in her career, with Natalya beating McCool for her first Women’s Championship title at Survivor Series.

Still, McCool, who is a former 2-time WWE Women’s Champion, would’ve been a proud mother seeing how her daughter views her as the best. 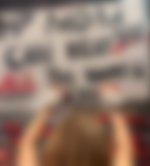 Not only this, she also had something to say to the rest of the roster. The other part of her sign read, ‘My dad can beat all these guys.’

On that night, the likes of AJ Styles, Jeff Hardy, Lashley Morrison and Sheamus featured on the show. 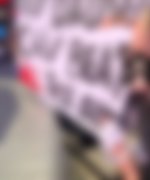 The Undertaker has indeed faced all these men and beaten them during his run with the WWE. ‘The Deadman’, as we know, has shared the ring with many wrestlers across three decades and different eras.

Seeing their daughter come up with these signs would’ve been a wholesome moment for the former wrestlers.

Only The Undertaker’s daughter could get away after taking digs at cousins of Dwayne Johnson and the rest of the WWE roster.