German manufacturing giant, Mercedes-Benz, first got involved in racing back in the 1930s and 1940s. After the Second World War, they returned in 1954, in what is now known as Formula One. However, they pulled out as a manufacturer after 1955, remaining only as a supplier.

The team is commonly referred to as the ‘Silver Arrows’ due to its distinct and iconic silver livery.

Their exit was a direct response to the 1955 Le Mans Disaster. They would be coaxed back as a constructor, only from 2010 onwards. Their current drivers are Lewis Hamilton and Valtteri Bottas. 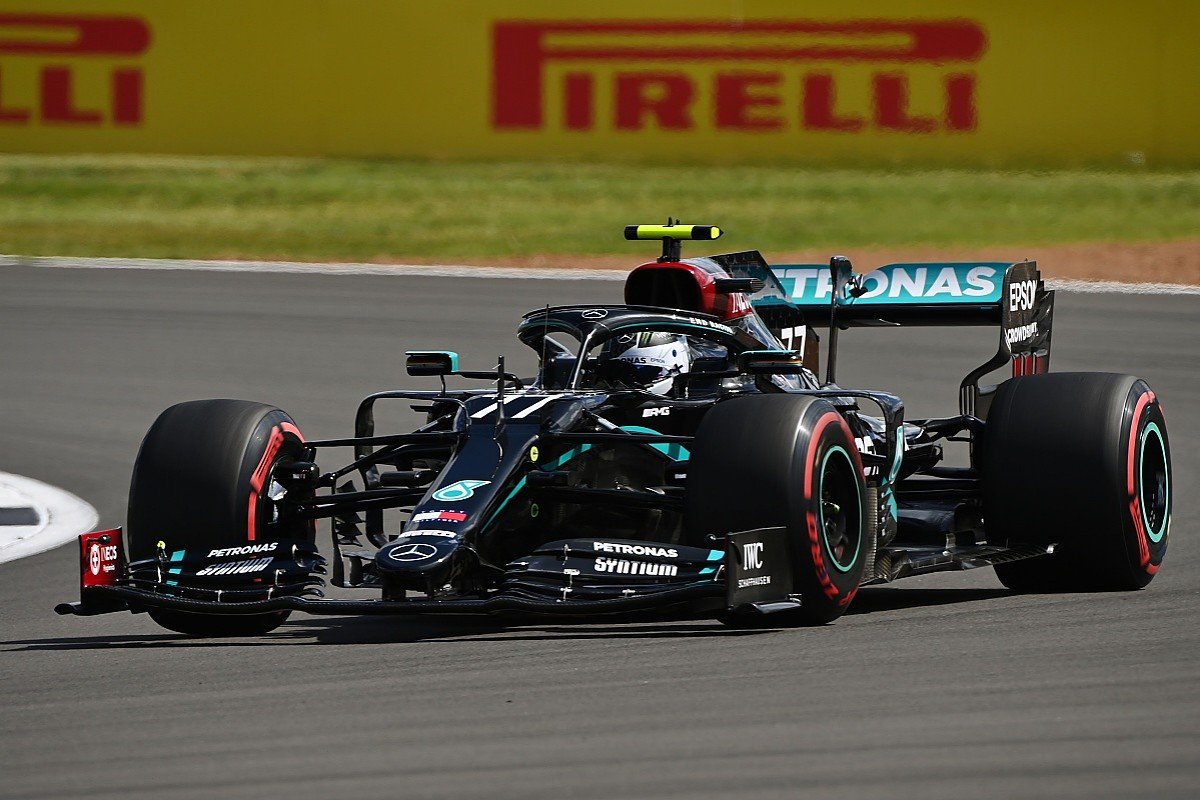 How much does Mercedes earn from F1?

Clinching the prized Constructors’ Championship entails a lot of prestige, but more importantly, a bigger paycheck. Despite spending an absurd amount of money on car development, it ultimately pays off for Mercedes when they decimate the competition on the track. According to a report, the Brackley-based outfit earned a handsome $451 Million in revenue for the 2019 season.

How much is the Mercedes F1 team worth?

Despite being one of the most successful F1 teams in recent history, Mercedes isn’t the most valuable F1 team. The German team loses out to Scuderia Ferrari, which needs no introduction. Apparently, Mercedes is valued at cool $1,015 Million or just over a Billion dollars.

During their first two years in Formula One, there was no Constructors’ Championship. It was only introduced from 1958 onwards. However, they did win four races out of a nine-race 1954 calendar. Those wins came at the French Grand Prix, the German Grand Prix, the Swiss Grand Prix, and the Spanish Grand Prix.

A year later, they would go on to win five out of seven races. The wins came at Argentina, Belgium, Netherlands, Great Britain, and Italy.

After their return in 2010, there were off to a shaky start, having been away for so long. But since 2013, things have been picking up, and they began to dominate from 2014, which saw the inception of the turbo-hybrid era in Formula 1.

Mercedes has won every single Drivers’ and Constructors’ Championship on offer since 2014. Such is the domination that the Brackley outfit has a whopping 74% win rate over the past 6 years – clinching 107 race wins out of 218 races.

Mercedes F1’s title partner is the Malaysian oil and gas company, Petronas. The German team also has a principal partner in the British chemicals company- INEOS.

Who owns the Mercedes F1 team?

So who are the entities behind one of the most influential Formula 1 team? Turns out Daimler AG, which is the parent organization of the Mercedes Benz road car brand, is the company behind the German F1 team.

The Mercedes team has lent its support to two main charities. In 2015, they chose the Air Ambulance Services and the Muscle Help Foundation.

‘Team Orders an Exception, Not a Rule’ – Mercedes

During the German Grand Prix, the safety car was called out as the heavens opened.…

‘We Didn’t have the Quickest Car’ – Mercedes

Lewis Hamilton emerged victorious in a dramatic German Grand Prix today, as he avenged his…

Rosberg Prefers to not be in the Shoes of Lewis Hamilton

Mercedes announced new deal for both of their current drivers, Lewis Hamilton and Valtteri Bottas…

Mercedes Admit to Having Made too Many Mistakes

Mercedes have experienced a fall from grace this season, lying 20 points behind closest rivals,…

Ferrari and Mercedes Doors have Closed for Ricciardo

Red Bull’s Daniel Ricciardo is close to signing a new Red Bull contract. This is…

For the 2019 F1 season, the Mercedes AMG F1 team will have a revamped technical…

Mercedes driver Lewis Hamilton cut a sorry figure in the podium room. He was gutted…

A furious Ferrari boss Maurizio Arrivabene held nothing back in his rant at Mercedes. His comments came on…

Lewis Hamilton on Life, F1 and Everything Else

Many sportspersons who participate in dangerous sports usually downplay the risk factor. The same can…

“Mercedes’ Way of Dealing with Error was Bizarre” – Horner

Mercedes Concerned About Penalties in Silverstone

Both the Mercedes faced reliability issues at the Austrian Grand Prix. Valtteri Bottas retired due…