The Dutch Grand Prix is a special event for multiple reasons. Firstly, it comprises a track that’s a rollercoaster for F1 cars.

Secondly, it’s located right along the North Sea coastline, making for a fun-filled event. It also serves as the base for millions of members of the ‘Orange Army.'

The Red Bull star’s meteoric rise in F1 has resulted in a significant rise in interest among the Dutch for the motorsport.

The original track at Zandvoort paid little attention to important details like safety and viability. Back then, there were no proper barriers or mechanisms in place to properly hold a full-fledged F1 race.

Redesigned with Armco and race-ready tarmac, the Zandvoort track hosted the F1 circus during the 70s and 80s before shutting shop in 1985. Niki Lauda won in ’85 for McLaren in what was then the final Dutch Grand Prix.

Fast forward to 2019, and F1 announced its return to Holland for the following season. The hype was real, but sadly, COVID wreaked havoc on the 2020 calendar.

However, the Dutch Grand Prix has made it's return to the calender this year, with the race weekend set to take place from 3 to 5 September.

For time immemorial, the Dutch Grand Prix has always been hosted at the circuit of Zandvoort. The track is measured to be 4.259-kilometers in length.  With a sprint length of 306.648 kilometers, the course needs 72 laps to be fully covered.

While it currently comprises 14 turns, it had 19 turns when it was first inaugurated. The grid, well known for its extremely well-developed corners and chicanes, makes the task of gaining speed rather hard. It has gone through extremes of remodeling to become the exciting grid that it is at present. 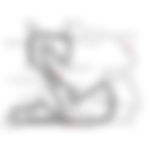 In addition to the several changes it has gone through, the modified circuit has also got new grandstands and a new pit building. The most contesting turn is the Tarzanbocht, i.e. Turn 1. The final turn of the circuit called Arie Luyendyk can also be considered to be a very challenging corner since it has a very steep curve.

The tickets for 2021 are mostly available on the official F1 website.

Circuit Park Zandvoort has witnessed several accidents. Some were so fatal that they drove a few audience members to the point of unconsciousness.

Apart from these, another iconic mishap happened with the F1 motorist Roger Williamson on July 29, 1973. It was an unexpected accident where his splintered tires caused his cockpit to hit the barriers, causing a fire breakdown and an unforgettable scene.

A quick look at the Dutch Grand Prix