Since the open era began in 1968, Monte Carlo Masters was held every year until 2019. In 2020 the tournament was canceled because of the global coronavirus pandemic.

Like other ATP Masters 1000 tournaments, Monte Carlo Masters also follows the best of three sets rule. It is usually held in the second week of April and is the first of four flagship clay-court events of the year.

The current defending champion is Fabio Fognini. He had defeated Dusan Lajovic in the final in 2019.

Monte Carlo Masters celebrated its 100th anniversary in 2006. In its long history, the tournament was not held during the two World Wars and in the coronavirus pandemic in 2020.

Moreover, Monte Carlo Masters has been a haunting ground for several legends of the game. Notably, Roger Federer has never won a title in Monte Carlo. He has been beaten the finals four times. 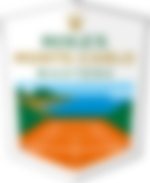