The Rolex Paris Masters was played on a carpet court at the Stade Pierre de Coubertin from its evolution from 1968 to 1982. In 1989 it was upgraded to become one of the premier nine tournaments of the Grand Prix Tour, replacing the Tokyo Open. The event then shifted to AccorHotels Arena from 1986.

The surface offers one of the fastest courts in the world, due to which more attacking tennis was showcased. However, since 2011 the tournament has followed the general slow-down of most courts on the ATP tour.

The most successful player of the Rolex Paris Masters has been Novak Djokovic. The World No.1 player has won five titles in Paris. He has also reached six finals at the Rolex Paris Masters, the most by any player, tieing with his former coach Boris Becker. The Serbian also claimed the most consecutive singles titles - in 2013, 2014, and 2015.

Novak Djokovic has swept through all the singles record of the Paris Masters, winning the most number of matches with 37 wins so far. Even though he didn't participate at the tournament last year, he will try his level best to win it for the sixth time in 2021.

While Bob Bryan and Mike Bryan, also known as Bryan brothers have been the most successful doubles team in Paris indoors with four titles. On the other hand, Paul Haarhuis has played 6 doubles finals, the most by any other doubles player. Haarhuis reached these finals with three different partners.

The Rolex Paris Masters 2021 will be held from November 1st to November 7th. The organizers announced yet again that they would host fans in the stadiums, amid the coronavirus pandemic.

Unlike last year where the management only allowed 1,000 fans in the stadium, the Accor Arena in Bercy can host about 14,000 spectators this time.

With Roger Federer and Rafael Nadal not participating at the Paris Masters this year, all eyes will be on Djokovic, Medvedev, Zverev, and Tsitsipas.

As far as tickets are concerned, they are available at a range from €10 to €215 for the single sessions.

The Rolex Paris Masters 2021 is the last chance for the ATP Finals contenders to secure their spots at the season-ending finale. 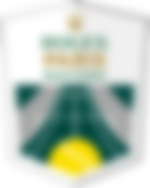