The Western Conference showdown continued with Game 2 of the Dallas Mavericks and Los Angeles Clippers. Mavericks made a tremendous comeback by tying the series 1-1 with a 127-114 win. The Clippers’ disappointing performance stunned everyone. Despite having the best wing defenders, Kawhi Leonard and Paul George, their defense had gone for a toss. 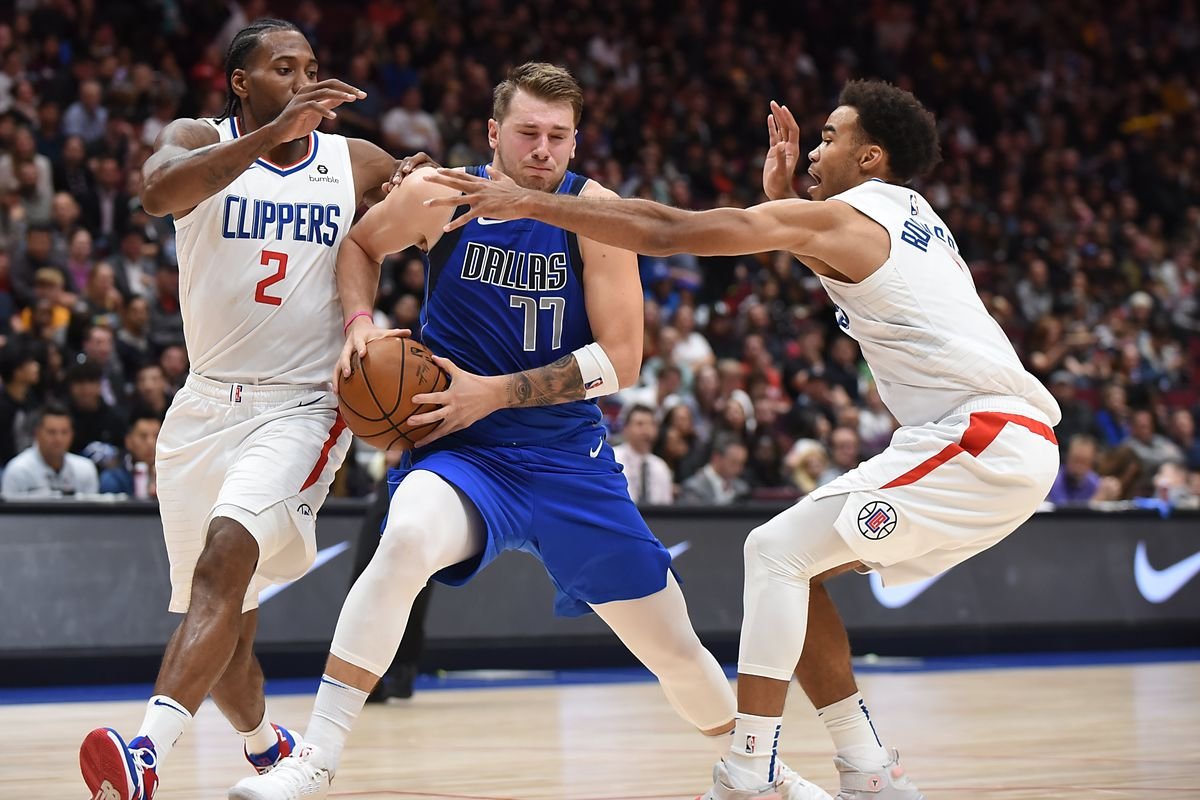 The defense is definitely the key to getting ahead in the championship but if you lag behind in this key aspect, it could really result in a bad turn for the team. The Clippers were in the top-five of defense ratings which they did not live up to at all. Their dominating defense was nowhere to be seen in Game 2, to which NBA Analyst Shannon Sharpe agrees.

Sharpe Compares Kawhi Leonard and Paul George to Michael Jordon and Scottie Pippin. He believes that after Jordan and Pippin, they both are the best wing defenders one can have. Thus, it is quite surprising why their defense would be so loose.

“The Mavs should be up 2-0. The 2 best wing defenders in all of basketball since MJ & Scottie Pippen are Kawhi & PG. I want to know why they can’t stop the conga line the Mavs have going to the basket.” said Sharpe mockingly.

The Dallas Mavericks are undoubtedly not an easy team to halt. Seth Curry and Trey Burke should get a lot of credit for penetrating into the paint as they did. It is high time that the Clippers get a grip on themselves, especially defensively for Kawhi Leonard and Paul George.

Could the situation have been worse?

In Game 1, Luka Doncic created history by scoring 42 points in his playoff debut, the highest ever. With Game 2, he achieved his first NBA postseason victory even with him playing only 9 minutes in the second quarter and remained benched for almost the entire fourth.

Shannon criticized Kawhi and said, “That guy right there, he’s not the same. He’s not the same defender because Luka is making him look real bad.” He also wondered, “Just imagine, Luka played 28 minutes here and 22,6 and 7 at the half. Imagine if he played his normal minutes in the second half. What is that going to look like?”

He questioned, “He’s about to drop 50 on the two best wing defenders in all of basketball and I need to know why.”

Whether or not the Clippers get their defense right in Game 3, remains to be seen.