The Wisconsin Badgers compete in NCAA Men’s Basketball as a part of the Big Ten Conference. Some notable opponents from the conference include Iowa, Michigan, and Ohio State. They were founded in 1898.

Since Wisconsin is known as the 'Badger State', the university adopted the name and mascot in 1898. Interestingly, it is named the 'Badger State' not for the animal but because of the miners in the early 1800s who dug homes in caves.

The current logo is a bold letter W, which contours to the right, and has a small shadow as well. It was introduced in 1991 and is the eighth logo the university has used. The very first logo was launched back in 1913, and it was a gothic style letter W places inside a square.

Who is the Coach of the Badgers?

The current coach of the Badgers is Greg Gard, who was appointed after Bo Ryan retired. Gard was his assistant for over a decade, so he was given the reins after a long wait.

Who is the Athletic Director of the Badgers?

The current athletic director of the Badgers is Barry Alvarez. The 73-year-old was then appointed as the AD in 2004.

He became a Badgers legend after his 16 seasons as the head coach of their football team, for which he has been inducted into the College Football Hall of Fame.

He was named the Under Armour Athletic Director of the Year in 2018.

The Badgers were a successful team back in the early 1940s but began a barren run in the decades after that.

They were brought back to relevance in the early 2000s, following Bo Ryan's arrival in Wisconsin. He took them to 14 NCAA tournaments and almost took them all the way when the Badgers finished as the runner-ups in 2015.

The Badgers have won the NCAA Division 1 title once so far, with their victory in 1941.

The Wisconsin Badgers have seen quite a few of their players make it to the NBA. Some of the best former Badgers to have played in the NBA are Michael Finley, Devin Harris, and Wes Matthews. Finley was a two-time All-Star and won the title with the Spurs in 2008. 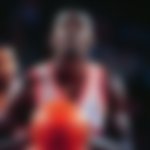 In recent years, very few players have been able to establish themselves in the NBA, with Frank Kaminsky the only active former Badgers still in the league.

The Wisconsin mascot is called Bucky the Badger. He was first drawn back in 1940 and came to life almost a decade later in 1949 when a student decided to make the costume with a paper-mache head. Earlier they had a live badger, but it was deemed unsafe and replaced by Bucky.

Bucky dons a white and red striped full-sleeved jersey with the Wisconsin logo in the center. Unlike the grumpy cartoon, Bucky the mascot has a big smile on his face and is the biggest hype man for the Badgers.

The team colors of the Wisconsin Badgers are red and white.

The Wisconsin Badgers began their 2020-21 season with a 77-67 win against Eastern Illinois on November 25. They have a 27-game regular season that ends with an away game against Iowa on March 5, 2021.