The Villanova Wildcats compete in NCAA Men’s Basketball as a part of the Big East Conference. Georgetown, Marquette, Seton Hall, and UConn are some of their other notable rival teams from the conference. The name Wildcats came into existence when former football assistant coach, Edward Hunsinger, suggested it during a 1926 contest to adopt a mascot.

The current logo of the Villanova Wildcats is a bold letter V, which is in two shades of blue and has a white border. The first logo was launched back in 1968 and had a wild cat walking through the letter V and it just had two colors: blue and white. In 1996, the logo had a big change. The V changed to a shade of purple and the cat got a more ferocious look. Then in 2004, there was another overhaul and the current logo was introduced.

Who is the Coach of the Wildcats?

The current coach of the Wildcats is Jay Wright. He began his career as an assistant back in 1984 and also had a five-year spell with Villanova in 1987 as an assistant. Then in 2001, the Wildcats handed him the top spot, and he is now heading into his 20th season in charge.

Wright is considered being one of the best coaches in the NCAA currently. He has led the team to 14 NCAA tournaments in his 19 seasons and has also led the team to the title twice. He has been awarded the Naismith College Coach of the Year twice, and he has also won the John R. Wooden Award for his success at Villanova.

Who is the Athletic Director of the Wildcats?

The current athletic director of the Wildcats is Mark Jackson. After almost two decades of experience in college sports, Jackson was appointed as the AD back in 2015. He is also involved in national sports and was appointed by the NCAA to their Division I Council in July 2019 on a four-year term.

Earlier this year, Jackson was also named as the Vice President of Villanova.

The Villanova Wildcats are one of the most successful teams in recent years. They have won the title twice in the last four years.

Their 1985 championship win as the eighth seed is historic, as they are the lowest seed to win the title. That Finals win against the #1 seed Georgetown is called the Perfect Game.

While that was the perfect game, in 2016, they had the Perfect Ending. They beat the Tar Heels in the Finals, and it was only the second instance of an NCAA championship being won via a buzzer-beater.

There has been no shortage of great players coming out of the Wildcats basketball program. But the greatest former Wildcat in the NBA is Paul Arizin. The Hall of Famer played for Villanova in the late 40s and then became a scoring machine when he played for the Philadelphia Warriors in the NBA during the 50s. He was a 10-time All-Star and was also the Rookie of the Year in 1951. 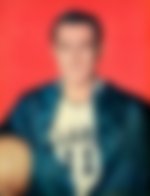 Currently, there are eight players in the NBA who are from Villanova. Kyle Lowry, Eric Paschall, and Jalen Brunson are the most popular out of them.

The Villanova mascot is called Will D. Cat, and as the name states, he is a wildcat. Until 1949, a live wildcat was brought to games in a cage, and each of them were named Count Villan. Following the passing of Count Villan IV, the university decided to use a mascot and a costume instead.

Will is a ferocious-looking feline who is the bigger cheerleader for the Wildcats. He loves to dance, suntan, and spend his time at the library. Will also calls himself the life of the party.

The team colors of the Wildcats are navy, light blue, and gold.

The Villanova Wildcats begin their season with a clash against Boston College at Uncasville, CT. They play a total of 10 games in the season and face their rivals Marquette away from home, on December 23, to end their regular season campaign.