The Iowa Hawkeyes compete in NCAA Men’s Basketball as a part of the Big Ten Conference. Some notable opponents from the conference include Michigan, Ohio State, and Wisconsin. They were founded in 1901.

The name Hawkeyes originates from James Fenimore Cooper’s fictional novel called The Last of the Mohicans, which had a character called Hawkeye. 12 years after the book was released, the state of Iowa acquired the name, thanks to the efforts of Judge David Rorer and James G. Edwards.

Their logo is a sideways-facing hawk, which has been used since 1979. The first logo was introduced back in 1953, which featured a hawk that donned a helmet and held a banner that said Hawkeyes.

Who is the Coach of the Hawkeyes?

The current coach of the Hawkeyes is Fran McCaffery. He was appointed in 2010, a year after winning the MAAC Coach of the Year with Siena. McCaffery currently has a 194-143 record with the Hawkeyes.

He has taken the Hawkeyes to four NCAA tournaments during his ten seasons at Iowa and has now turned them into one of the favorites to win the tournament in the upcoming season.

Who is the Athletic Director of the Hawkeyes?

The current athletic director of the Hawkeyes is Gary Barta. He joined Iowa in 2006, following the departure of former AD, Bob Bowlsby.

Barta is responsible for bringing in coach McCaffery and has been influential for them. In 2016, he was named an Under Armour Athletics Director of the Year award recipient by the National Association of Collegiate Directors of Athletics (NACDA).

The Hawkeyes had their best seasons in the 1950s when they reached the Final Four of the NCAA tournament twice in a row. Since then they have reached that stage just once in 1980.

Three former Iowa coaches, Sam Barry, Ralph Miller, and Lute Olson, have been inducted in the Naismith Hall of Fame. Olson was the coach when the Hawkeyes won they last won a Conference Regular Season back in 1979.

They enter the 2020-21 season ranked as the fifth best team on the AP Poll, which is their first appearance in the preseason top 5 rankings.

The Hawkeyes are yet to win an NCAA championship.

Over the years, the Hawkeyes have produced many players who have played in the NBA. Don Nelson, B. J. Armstrong, Fred Brown, and John Johnson are some of the best players to have donned the Hawkeyes jersey. 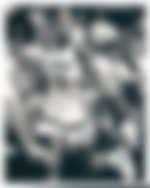 Currently, there are only two former Iowa players in the league, Tyler Cook and Jarrod Uthoff, who are both on two-way contracts.

Iowa's mascot, Herky the Hawkeye, was created as a cartoon character by Richard Spencer III, instructor of journalism in 1948. His name was given by John Franklin, an Iowa alumnus, in reference to Hercules.

Herky took the field for the first time almost a decade later in 1959, and an Iowa sports icon was born. He wears a fierce-looking hawk costume which is black and gold.

The team colors of the Iowa Hawkeyes are black and gold.

The Iowa State Hawkeyes begin their 2020-21 season with a game against North Carolina Central on November 25. They have a 27-game regular season that ends with a home game against Wisconsin on March 5, 2021.