The West Virginia Mountaineers compete in NCAA Men’s Basketball as a part of the Big 12 Conference. Baylor, Kansas, and Oklahoma State are some opponents from their conference. They were founded in 1903.

The name Mountaineers comes from West Virginia being called the 'Mountain State'.

Their first logo was simple, which had only the letters W, V, and U. Then during the 1970s, their logo was the letters WVU on the map of the state of West Virginia. Then in 1980, a new logo was launched, which is still in use. It consists of just the letters W and V on top of the other, and it is called the Flying WV.

Who is the Coach of the Mountaineers?

The current head coach of the Mountaineers is Bob Huggins. A former player for WVU, Huggins joined initially as the assistant back in 1977. He left after a season, before returning in the head coach role in 2007.

Huggins has led the Mountaineers to their only Big East title so far in 2010. In his 13 seasons so far, he has led them to nine NCAA tournament appearances.

Who is the Athletic Director of the Mountaineers?

Lyons previously worked as a deputy AD for Alabama and also has a decade of experience working as the associate commissioner at the Atlantic Coast Conference.

West Virginia came close to winning the NCAA title in 1959 after finishing as the runner-up, following a one-point loss to California. Since then, they have just reached the Final Four once in 2010.

They have 29 NCAA tournament appearances, with the most recent one in 2018.

The Mountaineers have appeared in the NIT 16 times, and have won it twice, with the most recent victory coming in 2007.

The WVU Mountaineers are yet to win an NCAA title.

The Mountaineers only have two players in their history who have been successful in the NBA. Both of them are Hall of Famers. The first is Jerry West, one of the best guards the game has ever witnessed. He played for the Mountaineers back in the late 50s and took them all the way to the NCAA final. 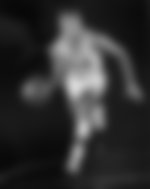 The second one is Rod Thorn. He had a decent playing career and later joined coaching in the NBA. Jevon Carter is the only former Mountaineer currently playing in the league.

The WVU mascot is called the Mountaineer. Unlike other colleges, the WVU mascot has always been a live mascot instead of a costumed one. This tradition began in 1934 when Lawson Hill became the first Mountaineer.

The Mountaineer dons a buckskin at times while carrying a rifle. Colson Glover is currently the University's 67th Mountaineer mascot.

The WVU Mountaineers team colors are blue and gold.

The WVU Mountaineers started the 2020-21 season with a 79-71 win against SD State Jackrabbits. They have a 27-game regular season that ends with a home game against Kansas State on February 27. They currently have a 3-0 record.