The Illinois Fighting Illini compete in NCAA Men’s Basketball as a part of the Big Ten Conference. Some notable opponents from the conference include Iowa, Michigan, and Wisconsin. They were founded in 1906.

The name Illini emerged when the University's student newspaper changed its name from 'The Student' to 'The Illini' in 1874. Over 40 years later in the 1910s, the word 'Fighting' was used initially as an adjective for the team, but later it became part of the name. It was officially adopted as the nickname by the University in the 1920s.

The current logo of the Fighting Illini is a bold letter I, which is orange with a blue border. When the university first introduced a logo in 1947, it was the face of a Native American. It was completely dropped in 2004 when the bold letter I was launched.

Who is the coach of the Fighting Illini?

The current coach of the Fighting Illini is Brad Underwood. He was appointed in 2017 after he won three consecutive Southland Conference Tournaments.

Underwood signed a six-year deal worth $18 million, before getting an extension for up to 2026. After two underwhelming seasons, Underwood led the Fighting Illini to an impressive 21-10 record last season.

Who is the Athletic Director of the Fighting Illini?

The current athletic director of the Fighting Illini is Josh Whitman. He was appointed in 2016.

Whitman is an alumnus of the college and is also a former NFL player who became a lawyer after retirement. He was in charge of hiring Underwood as the head coach.

The early 2000s and the 1980s were the most successful periods for the Fighting Illini. From 2001 to 2005, they won four out of the five regular-season championships.

In 2005, they reached the National Final with a brilliant record of 37-2. But they lost by 5 points in the Final to UNC. That remains as their best finish in the NCAA tournament.

The Fighting Illini haven't won the NCAA Division 1 title yet.

It has been almost eight years since a former Fighting Illini was drafted in the NBA. But earlier, Illinois had many young prospects making it into the big league.

Some of the greatest NBA players from Illinois include Deron Williams, Don Ohl, Nick Anderson, and Jerry Sloan. Williams was part of the team that finished as the runner-up in 2005. Sloan was inducted into the Hall of Fame as a coach in 2009. 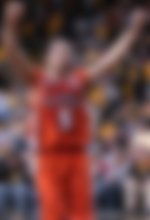 Currently, Kendrick Nunn and Meyers Leonard are the only former Fighting Illini playing in the NBA.

The Fighting Illini had Chief Illiniwek as their mascot until it was retired by the University back in 2007 due to a lot of criticism around the stereotypes promoted by it.

In September 2020, the belted kingfisher was voted as the new mascot for the University. Spencer Hulsey, an alumnus of the University of Illinois, is the one who came up with the idea for the kingfisher.

The team colors of the Illinois Fighting Illini are navy blue and orange.

The Illinois Fighting Illini roster for the 2020-21 season has 17 players.