The NASCAR Playoffs is a title season finisher framework utilized in NASCAR. Used in NASCAR's three public arrangements, this framework was established as 'The Chase for the Championship' on January 21, 2004. It was utilized uniquely in the NASCAR Cup Series from 2004 to 2015.

Since 2016, NASCAR has additionally utilized the season finisher framework in the Xfinity Series and Gander RV and Outdoors Truck Series as well.

The NASCAR Cup Series form of the season finisher framework is also called the Chase for the Cup.

In the last ten races of the Cup Series, sixteen drivers fight for the title. It is divided into three rounds of three races each. Four drivers are eliminated after each round, and the final race decides the champion.

On January 23, 2017, NASCAR reported that they would not be utilizing "Chase" and started utilizing "playoffs" instead. 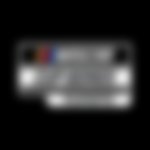 Drivers use some quirky paint schemes for their cars during the Playoffs. It can be a commemorative or sponsor livery.

Clint Bowyer drove the No. 14 One Cure Ford during the Las Vegas race.

Kevin Harvick drove the No. 4 Jimmy John's Ford for the Talladega race.

NASCAR Drivers are free to change the paint scheme on the race vehicle.

How do playoffs work in NASCAR?

NASCAR uses the playoffs system in all three three classifications. It uses a similar system with a different number of drivers and races.

The Homestead-Miami Speedway has hosted every season finisher from 2004 to 2019, but due to the changes in the calendar owing to the COVID-19 pandemic, Phoenix will host the season finisher.

16 drivers secured the berth for the NASCAR Playoffs 2020.

After three races, four drivers were eliminated. 12 Drivers advanced to the second stage of the Playoffs.

After the completion of the second phase, four drivers were eliminated and only eight remain.

2021 Playoffs will start from September 5. Cook Out Southern 500 at Darlington will be the first race.