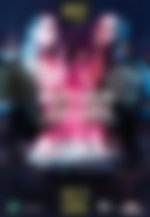 UFC 243 will showcase one of the biggest fights in the history of the UFC middleweight division. In a champion vs champion showdown, Robert Whittaker will defend his undisputed middleweight title against the interim champion, Israel Adesanya. This will probably be the biggest event in UFC history in terms of ticket sales as the Marvel Stadium in Melbourne is expected to be sold out for the showdown between the best MMA fighter from Australia and The Style Blender from New Zealand.

In the co-main event of UFC 243, Al Iaquinta will fight Dan Hooker in a lightweight bout. Holly Holm is going to return to the octagon after her loss to Amanda Nunes. Holm faces Raquel Pennington in a women's bantamweight title. With the memories of Holly Holm beating Ronda Rousey still fresh, fans will be expecting some spectacular performance from the former champion.