As the name suggests, Payback is that time of the year when Superstars are given a chance to avenge a bitter defeat. This pay-per-view is relatively young when compared to other main events, but nonetheless has established itself as an annual occurrence. 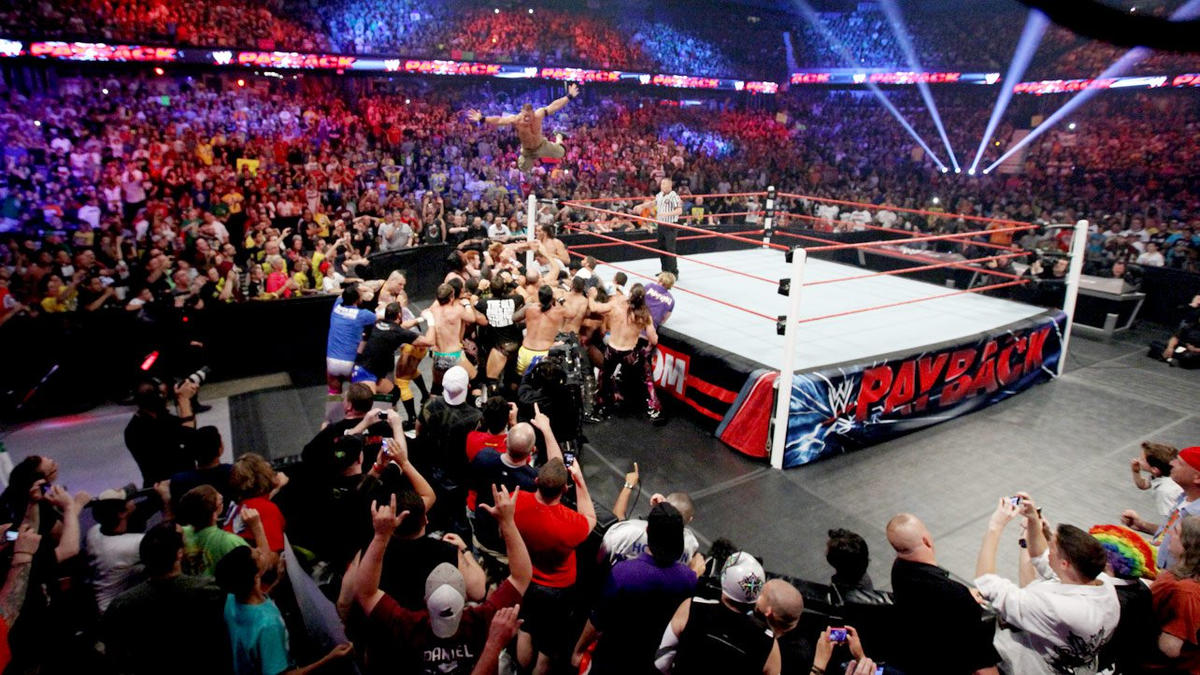 Payback, when it first began in 2013, was originally supposed to be a post WrestleMania event. Those defeated at WrestleMania had an opportunity to get back at their opponent or finish off a storyline. 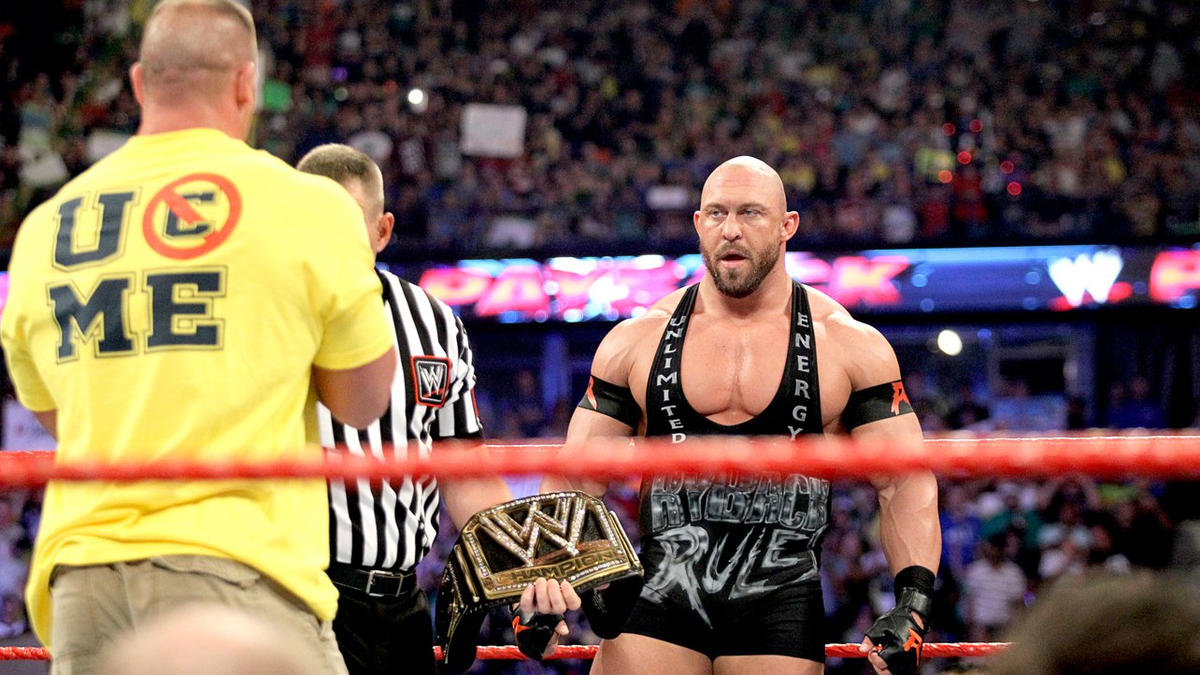 A lot of scores are settled at Payback, but a lot of losers are made even bigger losers in the ring. The PPV speaks for itself, and everyone knows what’s going to happen when it's Payback time of the year.

The first-ever WWE Payback took place on June 16, 2013. The first match fought in the event was a pre-show match between Sheamus and Damien Sandow. “The Celtic Warrior” pulled off the emphatic win with a Brogue Kick to his opponent. 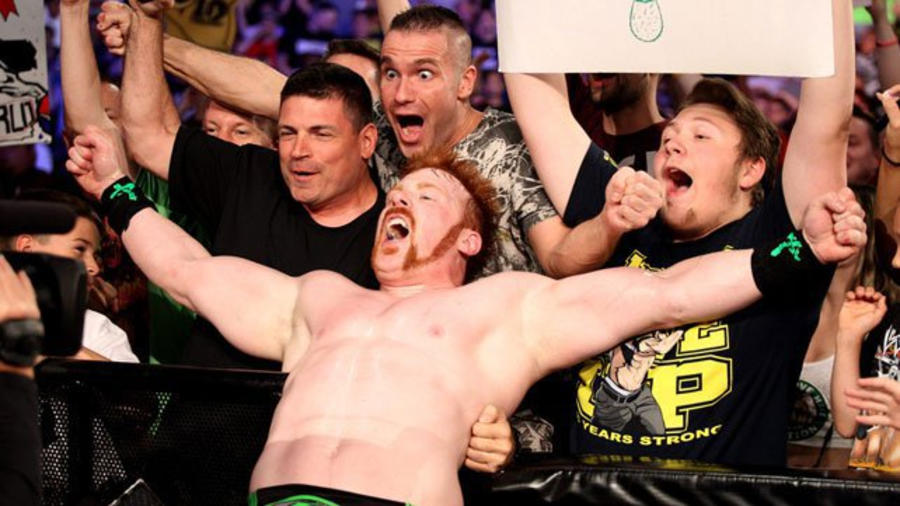 The first-ever main event match was a clash between the two strongholds for the time- John Cena and Ryback. This was an epic Three Stages of Hell Match that included Stage 1- Lumberjack match. Stage 2- Tables match, and Stage 3- Ambulance Match. 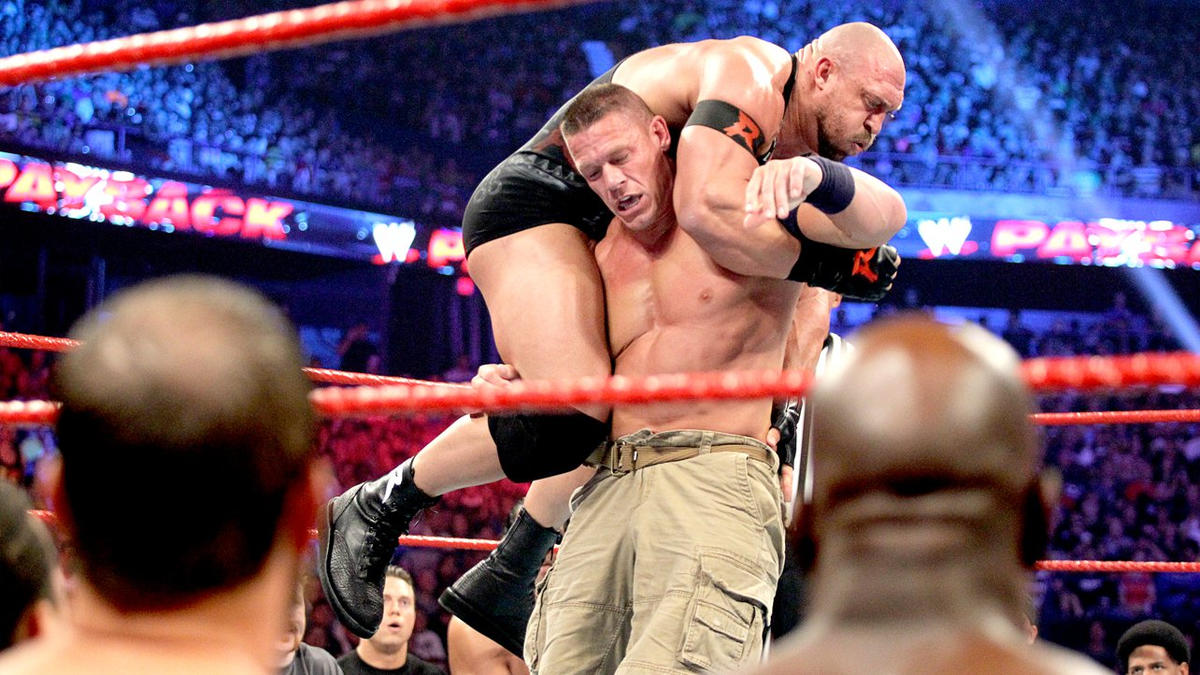 Ryback pulled off the victory in the first stage, but Cena turned it around in Stage 2 with a huge Attitude Adjustment through a table.

The third stage ended in the most hardcore way possible. The two big men fought on top of the ambulance itself. Cena won the match by delivering another big Attitude Adjustment to Ryback on top, sending him through the roof of it and into the Ambulance.

Main events over the years

Over the years, we have had groundbreaking main events at Payback that have sent ratings through the roof. In 2014, The Shield, comprising Roman Reigns, Seth Rollins, and Dean Ambrose (now Jon Moxley) faced off against Evolution, comprising Triple H, Randy Orton, and Batista in one of the biggest faction showdowns in WWE history. 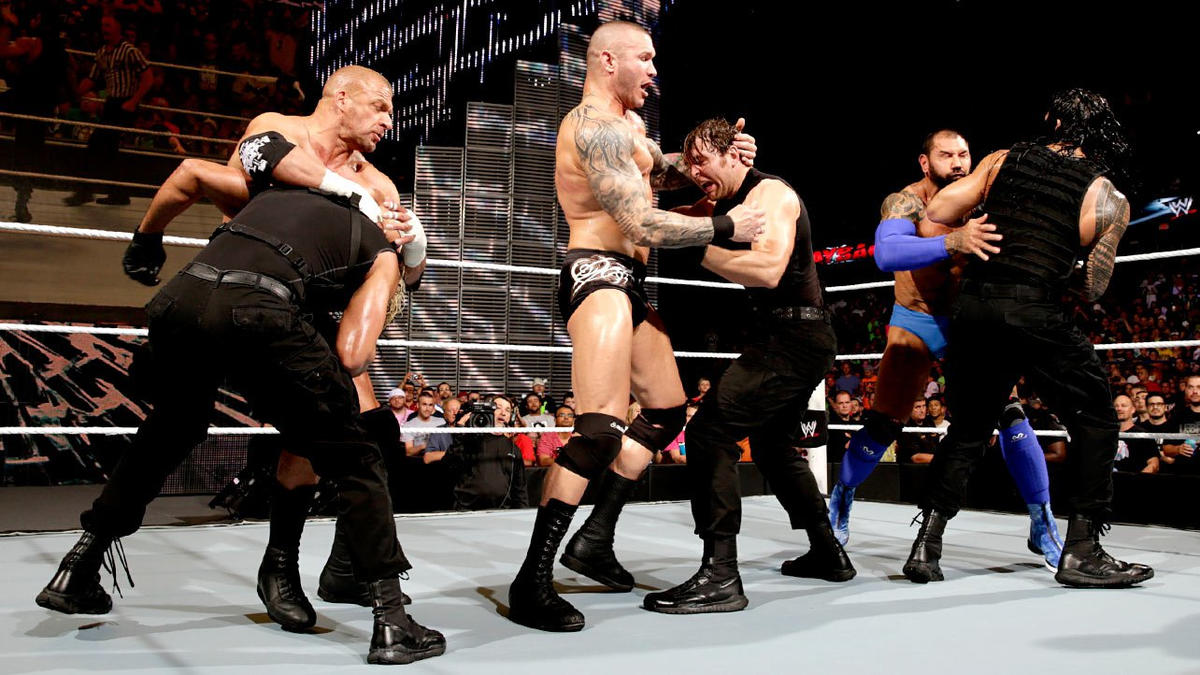 Payback 2015 saw a decisive Fatal 4-Way Match for the WWE World Heavyweight Championship with Seth Rollins defending the title against Randy Orton, Roman Reigns, and Dean Ambrose. Rollins held on to his title against all odds by using the disadvantage of a friendly interference to seal the deal against Orton. 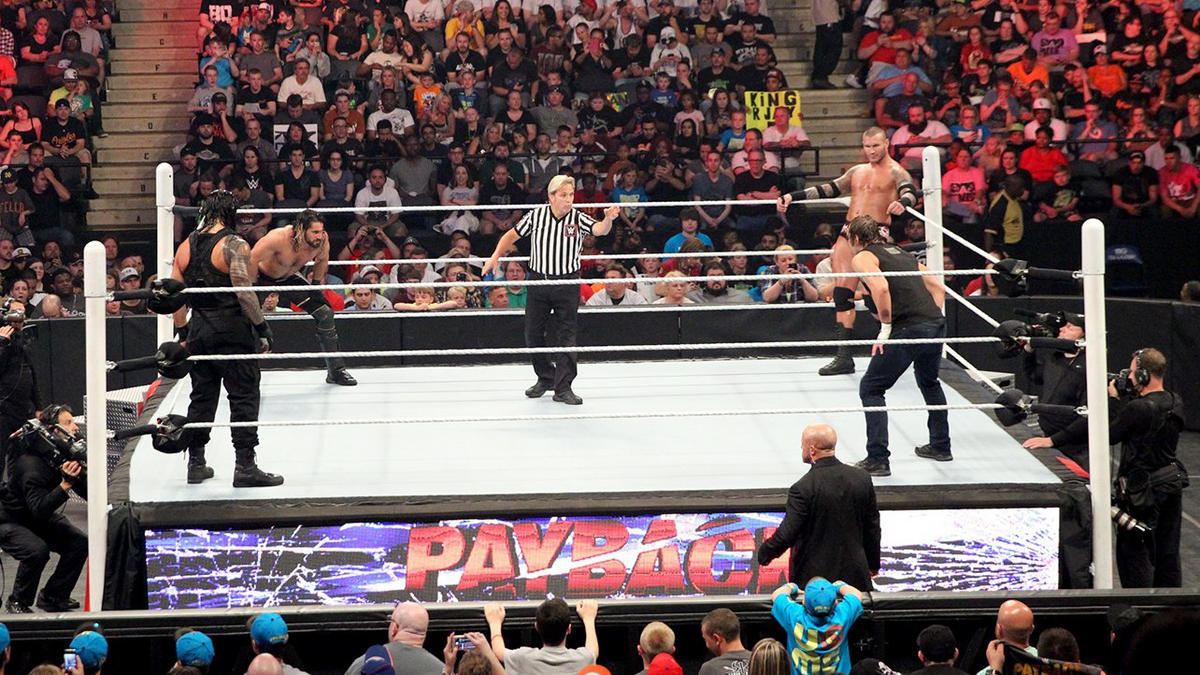 Payback 2016 at the Allstate Arena in Illinois saw a dream match fought between Roman Reigns and AJ Styles, with Reigns defending his WWE World Heavyweight Championship. The match saw a unique combination of a powerhouse versus an athletic high flyer. Reigns pulled off the victory after a devastating Spear. 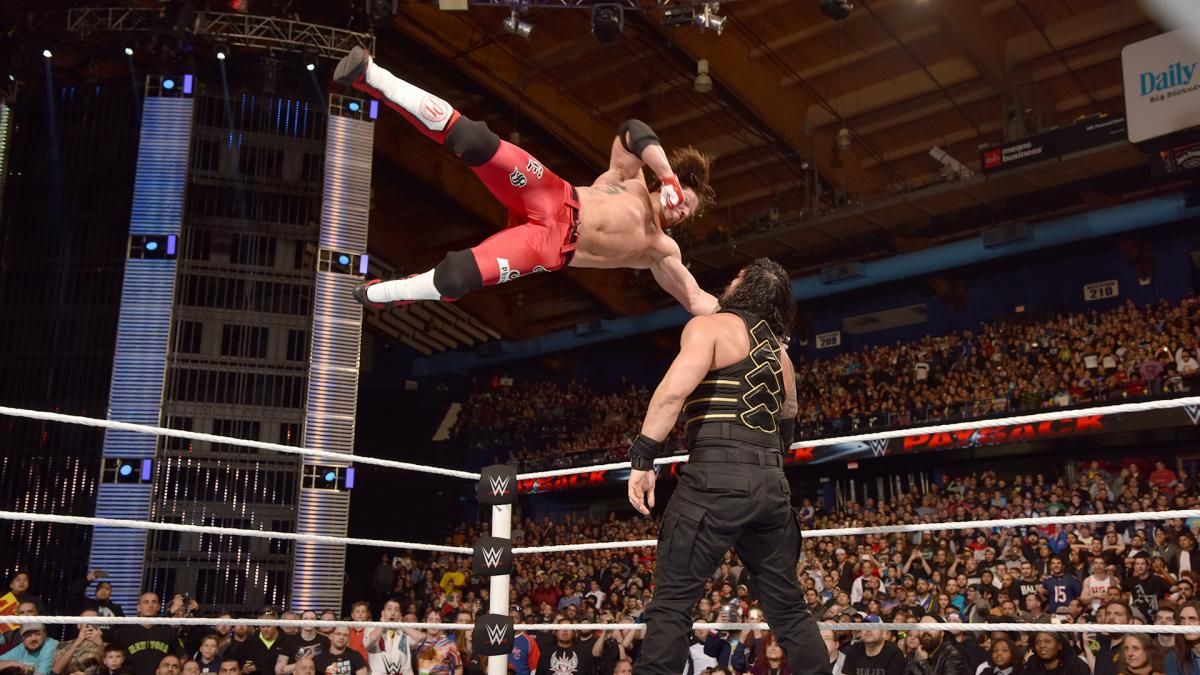 Following Payback 2017, which was a Raw exclusive, WWE halted the PPV temporarily. The huge event was not brought back even after the brand-split era faded off, but re-emerged in 2020.

Set completely off its original time frame of April- May and went straight to the end of August, just a week after SummerSlam. The event will forever be remembered as the crowning moment of heel Roman Reigns, as he took out “The Fiend” Bray Wyatt and Braun Strowman to win the WWE Universal Championship. The event took place just a week after SummerSlam, setting it apart from other major PPVs. 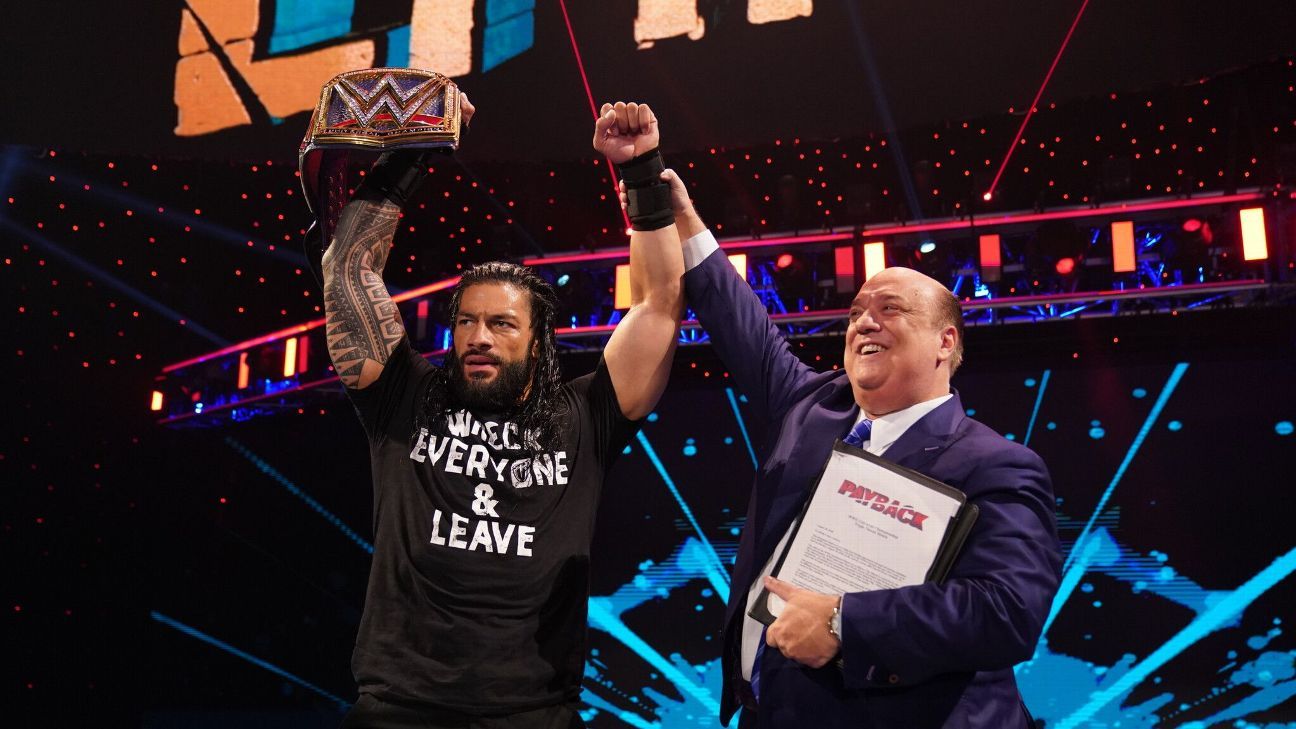 We are undoubtedly going to be treated to a lot more entertaining feuds next year and the year after that at Payback. There are few things better than settling an old rivalry in WWE.

Where Do I watch WWE Payback?

You can watch WWE Payback exclusively on WWE Network if you are a member. You may also view it on traditional streaming channels.