After the monumental event in Melbourne. UFC brings its fans the most anticipated card of this year. UFC 244 features the much-anticipated fight between Jorge Masvidal and Nate Diaz. While the co-main event is another barn burner between Darren Till and Kelvin Gastelum. 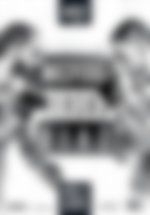 Two of the biggest fighters in UFC at the moment, Jorge Masvidal and Nate Diaz are going to battle it out for the first ever BMF(Baddest Mother***** Title). There meteoric rise in the popularity for Jorge Masvidal and the much-anticipated return of Nate Diaz have made this fight a must watch.

If this fight was not enough for you to tune in then UFC has something even bigger for you. Hollywood superstar and WWE legend, Dwyane Johnson will be presenting the BMF title to the winner in Madison Square Garden in UFC 244.

Darren Till vs Kelvin Gastelum:

UFC 244 co-main features an exciting middleweight bout between Kelvin Gastelum and Darren Till. Gastelum is one of the fan favorites after the 5 round war he went with Israel Adesanya for the interim title. While Till will be making his middleweight debut after two devastating loss in the welterweight division.

The former title contender, Stephen "Wonderboy" Thompson will take on Vicente Luque, who is on a 7 fight win streak in the welterweight division. Wonderboy is coming from a devastating knockout loss against Anthony Pettis and he will be looking to climb his way into title picture again by making a statement in UFC 244.

In the heavyweight division we have Derrick Lewis taking on Blagoy Ivanov. Former heavyweight contender, Derrick Lewis has suffered two losses after being on a 6 fight win streak. However, after losses against Daniel Cormier and Junior Dos Santos, Derrick lewis will be looking to make a comeback in UFC 244.