The New York Jets are a professional football franchise and are one of three teams based in the New York-New Jersey region. The Jets feature in the AFC East alongside the New England Patriots, Buffalo Bills, and Miami Dolphins. 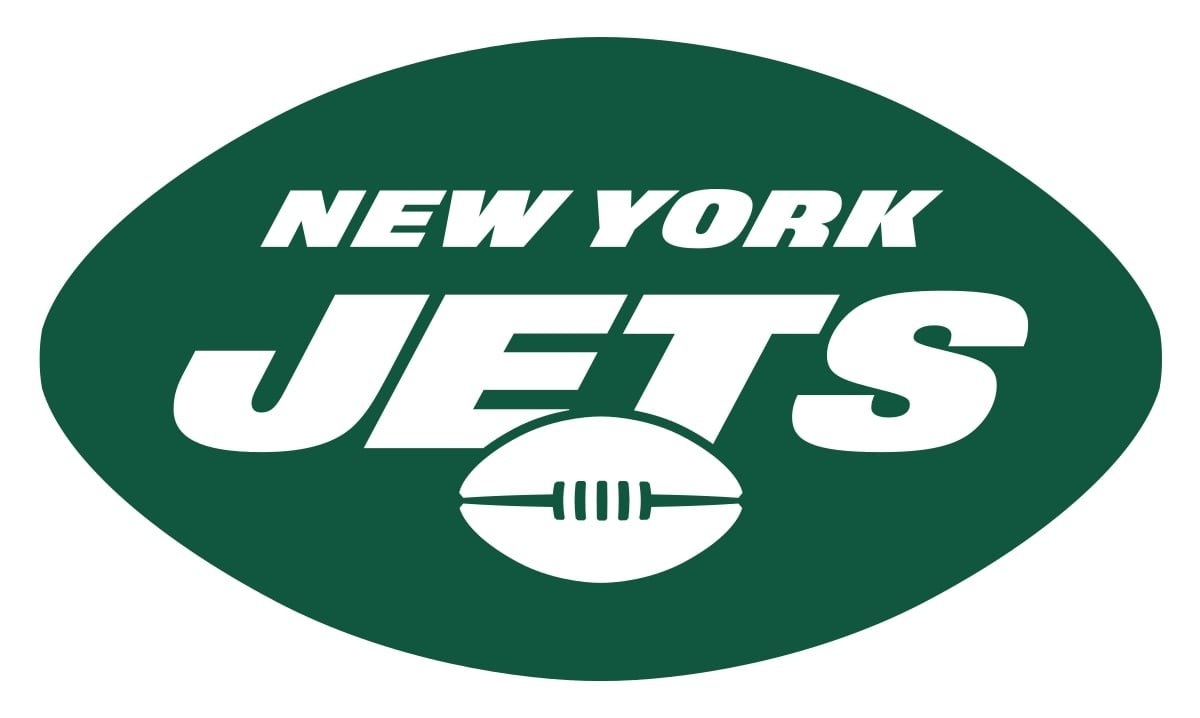 They joined the AFL in the year 1959 as ‘The Titans of New York’. Later, in their fourth professional season, the franchise changed their name to the New York Jets. In these four seasons, the franchise played at the Polo Grounds.

The iconic stadium is what they have in common with storied New York City sporting teams. The Polo Grounds have served as a home stadium for baseball sides New York Giants, New York Yankees, New York Mets, and NFL franchise New York Giants. 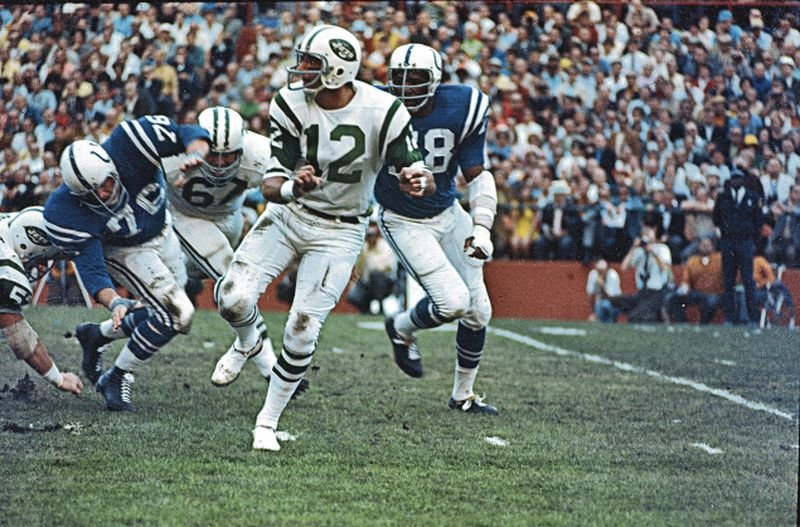 Subsequently, they shifted base to the Shea Stadium for 19 seasons. In 1968, the New York Jets finished with a victorious season only for the second time in their history. Their maiden divisional win translated into a Super Bowl triumph.

In the 70s, the Jets were starved for success. They finished their division in third or lower in nine of the ten NFL seasons. 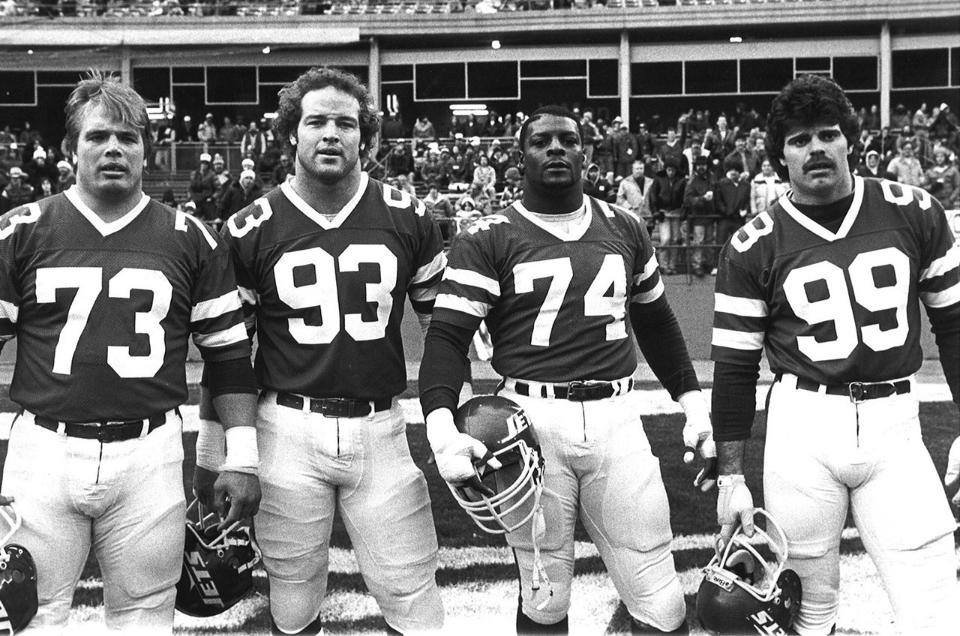 During this time they made a series of draft picks that propelled them to the conference championship in 1982. The defensive quartet came to be known as ‘The New York Sack Exchange.’

In the 2002 NFL season, the New York Jets became the only team to deny a first-choice and fit Tom Brady a divisional title. 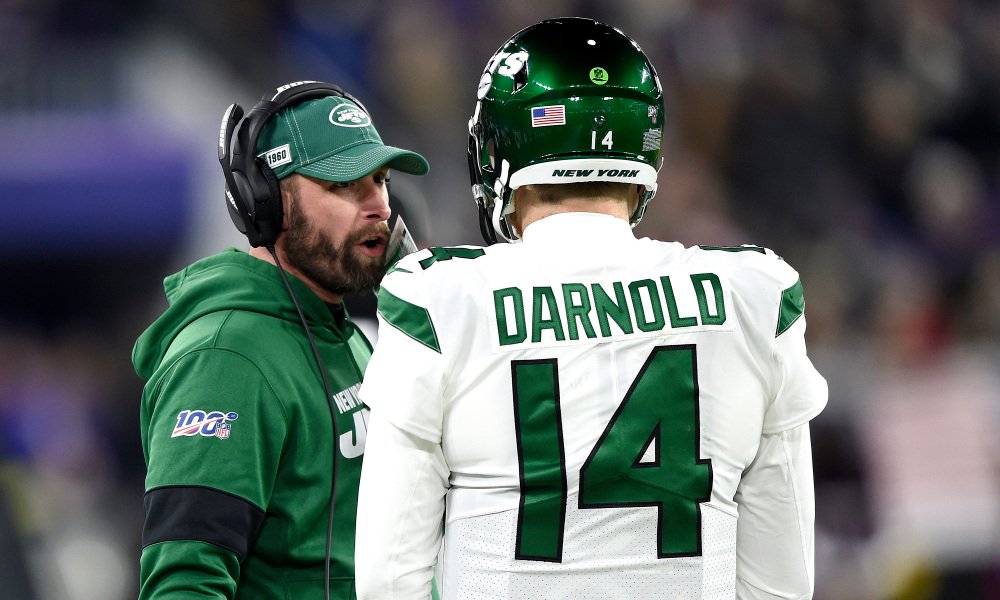 They finished third in the AFC East in the 2019 NFL season. With quarterback Sam Darnold and head coach Adam Gase, they will seek to make a comeback in the 2020 NFL season. However, this will be easier said than done with the likes of Cam Newton and Josh Allen lying in wait.

Christopher Johnson serves as a co-owner of the New York Jets. He took over from his brother Woody Johnson ahead of the 2017 NFL season. This was because the original owner Woody Johnson began serving as the U.S. Ambassador to the U.K. 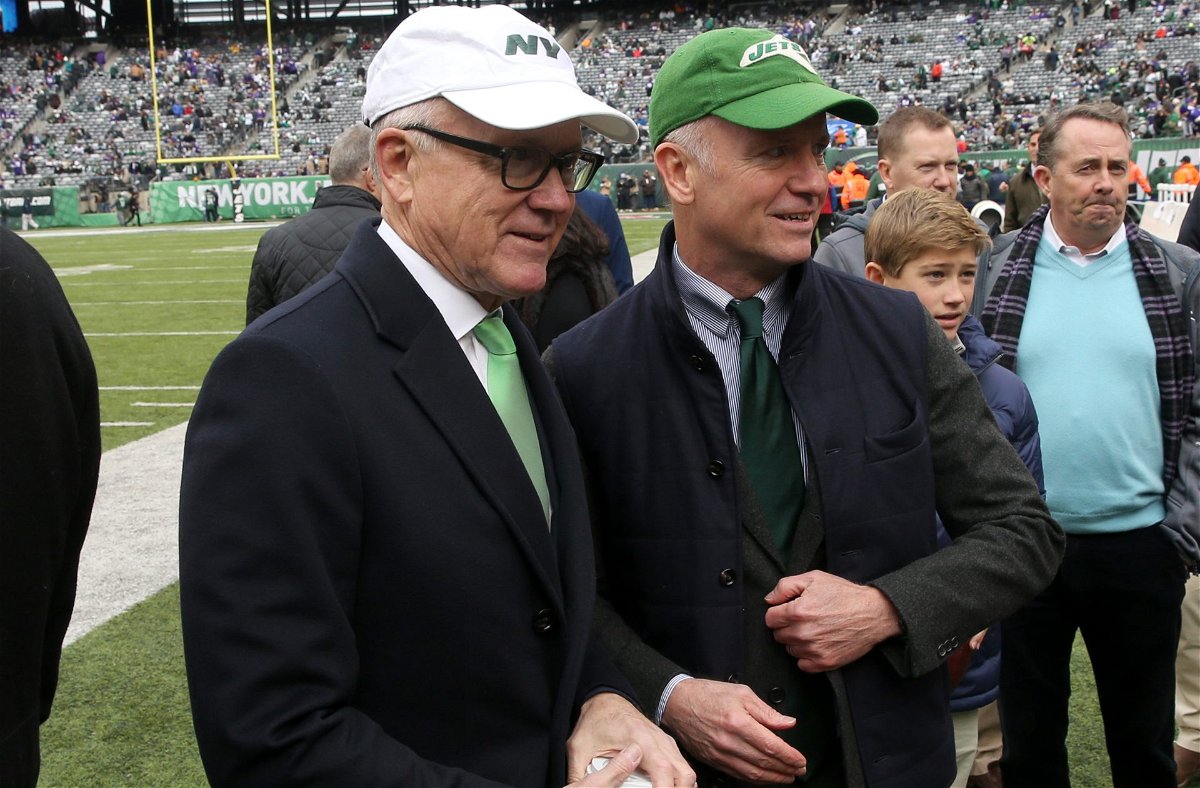 Initially, when Woody Johnson took over as the franchise CEO ahead of the NFL season, he paid $635 million for the team. At the time it was the third-highest price paid for a sports team in ‘The Big Apple.’

The New York Jets have lived in the shadow of the New York Giants for a long time. Also, they have spent innumerable years in a division with Tom Brady, and success has been hard to come for the franchise.

The Jets have claimed one Super Bowl title. They are one of three teams to win the season-ending clash on their only appearance. Furthermore, the New York Jets have won their conference title just once and have a 20% record in the AFC deciders. 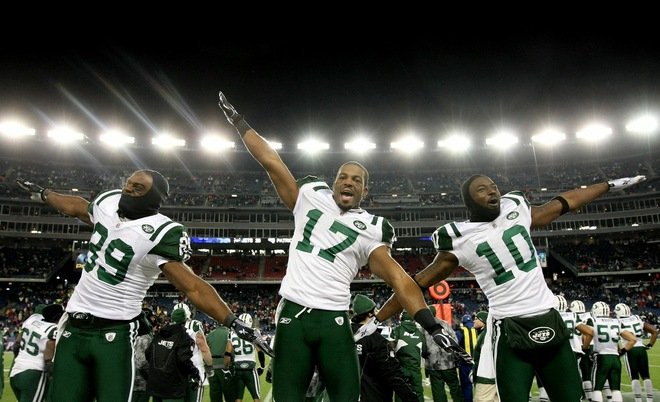 ‘Gang Green’ has won their division four times. Also, the franchise has made it to the playoffs on 14 occasions. Their latest post-season appearance came in the 2010 NFL season, where they fell to the Pittsburgh Steelers in the AFC championship game. 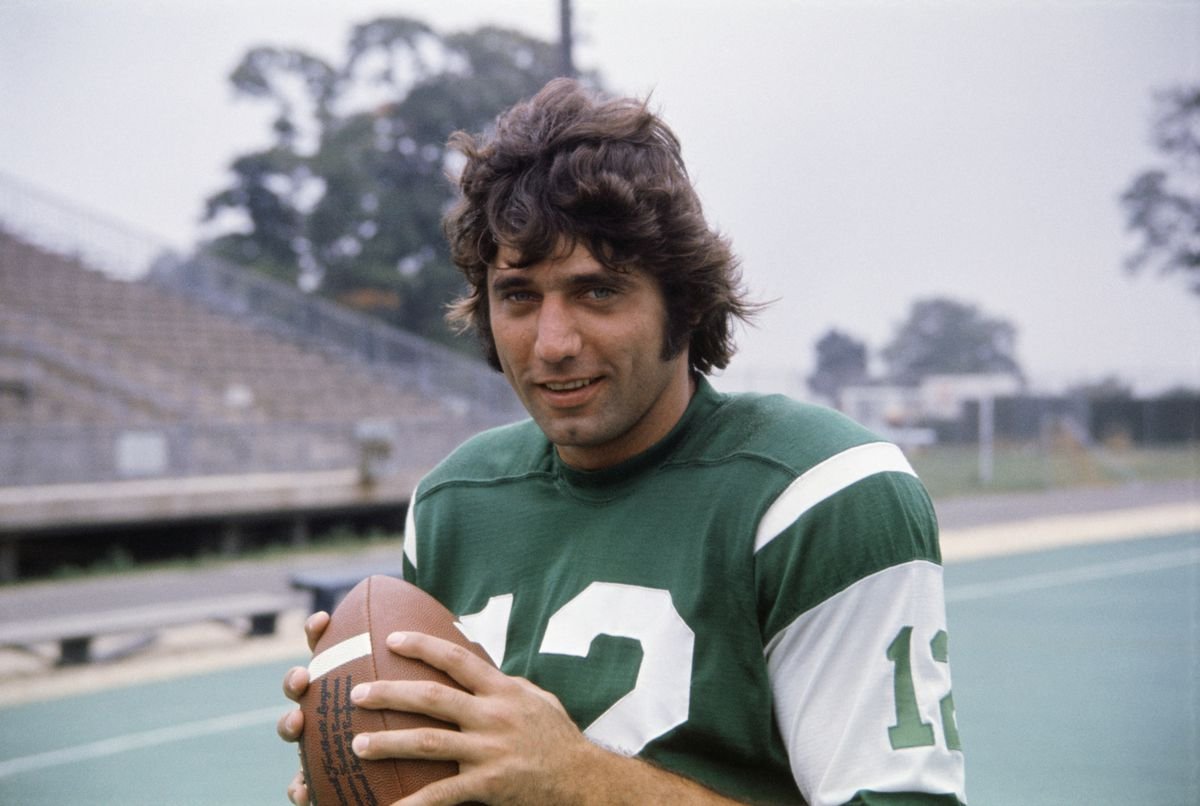 Joe Namath claimed two AFL MVP awards, but the franchise is yet to produce an NFL MVP winner in all its time in the league.

The New York Jets has had many logos during their time as a professional football franchise. Initially, they went by the name ‘The Titans of New York’. This logo featured a football player on the right with the team name on the left.

When the franchise rebranded in 1963, their logo was a green jet with the word ‘Jet’ written on it in white. The version lasted only for a single season before the designers switched things around once more. 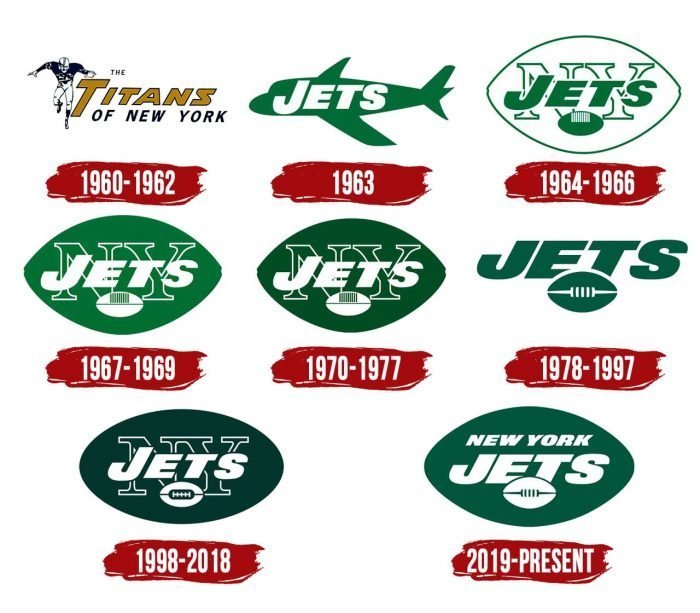 Now, the logo was in the shape of a football. It featured the letters ‘NY’ in white with a green border. The word ‘Jets’ was before it in green color. A second football was within the logo.

Three seasons later, the New York Jets reversed the color scheme. This time the word ‘Jets’ was in white with the remainder of the logo given a green color with a white outline. Ahead of the 1970 NFL season, the Jets darkened the green shade of their existing logo. They played with it on their jerseys for a large portion of the 1970s.

In 1978, New York went for a simple logo with the word ‘Jets’ lying over a football. This logo stayed for 19 seasons before they switched things around ahead of the turn of the millennium. The logo was a rehash of their crest from the 1970s, with the only difference being the shape of the football.

The New York Jets’ current logo has elements of all their logos from the past. It features a green football with the franchise name written in white font. The football beneath the name is also in white.

Scroll for the latest news, reports, and rumors about the New York Jets

The Le’Veon Bell trade saga has come to an abrupt and rather anti-climactic end. After…

NFL Trade Rumors: New York Jets Release Le’Veon Bell; What Next for the Star Running Back?

The highly-rated NFL running back Le’Veon Bell arrived in New York with great expectations. The…

Mike Tomlin’s Pittsburgh Steelers have enjoyed a fine start to their 2020 NFL campaign. They…

It’s been one hell of a roller-coaster ride for Jamal Adams. The highly-rated NFL safety…

The Jamal Adams blockbuster trade deal will be sealed on Monday. The former New York…

It’s been a topsy-turvy couple of months for former LSU man Jamal Adams. The in-demand…

The Jamal Adams trade saga seems to have finally drawn to a conclusion. The NY…

The Jamal Adams trade saga seems to have taken a new turn on Friday. Adams,…