The LSU Tigers compete in NCAA Men's Basketball as a part of the Southeastern Conference. Alabama, Florida, and Kentucky are some notable teams from their conference. They were founded in 1908.

They were named Tigers after a military regiment in the Civil War that also went by the same name. This name was adopted in 1896 by the university.

Their first logo was a cartoon Tiger wearing a hat, which was launched back in 1955. Throughout the years, LSU has had multiple logo changes, with different variants of a tiger. Finally, in 2014, they dropped the tiger and have just kept the letters LSU in the logo.

Who is the Coach of the Tigers?

The current head coach of the LSU Tigers is Will Wade. He was appointed in 2017, after stints with VCU and Chattanooga.

Who is the Athletic Director of the Tigers?

The current athletic director of the LSU Tigers is Scott Woodward. He arrived in 2019, with a decade of experience with Washington and Texas A&M.

He is an alumnus who graduated from the university back in 1985. During his previous stint at Washington, Woodward was nominated for Athletic Director of the Year back in 2014

The LSU Tigers have appeared in the NCAA tournament 22 times, but the closest they have come is the Final Four, which they have reached four times.

With 11 titles, they have the second-most regular-season championships in the Southeastern Conference.

The Tigers are yet to win an NCAA championship.

The LSU Tigers are synonymous with Hall of Famers. The university has produced some of the greatest NBA players like Bob Pettit, Pete Maravich, and Shaquille O'Neal.

The Tigers have renamed their arena after Pistol Pete, while Shaq is one of the most memorable players coming out of LSU. 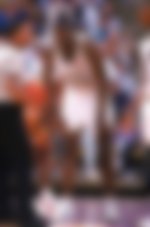 Ben Simmons, Garrett Temple, and Naz Reid are some LSU alumni currently playing in the NBA.

The mascot of the LSU Tigers is called Mike the Tiger. He was first introduced in the 1930s when the students pooled in money for the university to purchase a live tiger. He was named Mike I and the current mascot is Mike VII.

LSU also has a costumed version of Mike who attends all the games and cheers the team.

The team colors of the LSU Tigers are Purple and Gold.

The LSU Tigers began their 2020-21 season with a 94-81 win against the
SIU Edwardsville Cougars on November 25. They have a 27-game regular season that ends with a home game against the Vanderbilt Commodores on March 2, 2021. Their current record is 4-1.