The Minnesota Timberwolves compete in the NBA as part of the Northwest Division in the Western Conference. The Wolves decided on their name after they held a “name the team” contest and finalized between ‘Timberwolves’ and ‘Polars.’

The franchise has seen several logo rebrandings over the years, but they’ve always included the iconic Wolf as a part of it. Their most recent logo was unveiled in 2017, which contained massive changes from the previous one.

The logo contains a howling wolf in the foreground, supported by a basketball at the back. The phrase ‘Minnesota Timberwolves’ is arched at the top, and the logo’s color palette is designed to bring out the spirit of the city.

Minnesota Timberwolves play their home games at the Target Center, which has been their home since 1990. The arena has played host to several events and concerts, and Minnesota Lynx of the WNBA share this arena as their home along with the Wolves. 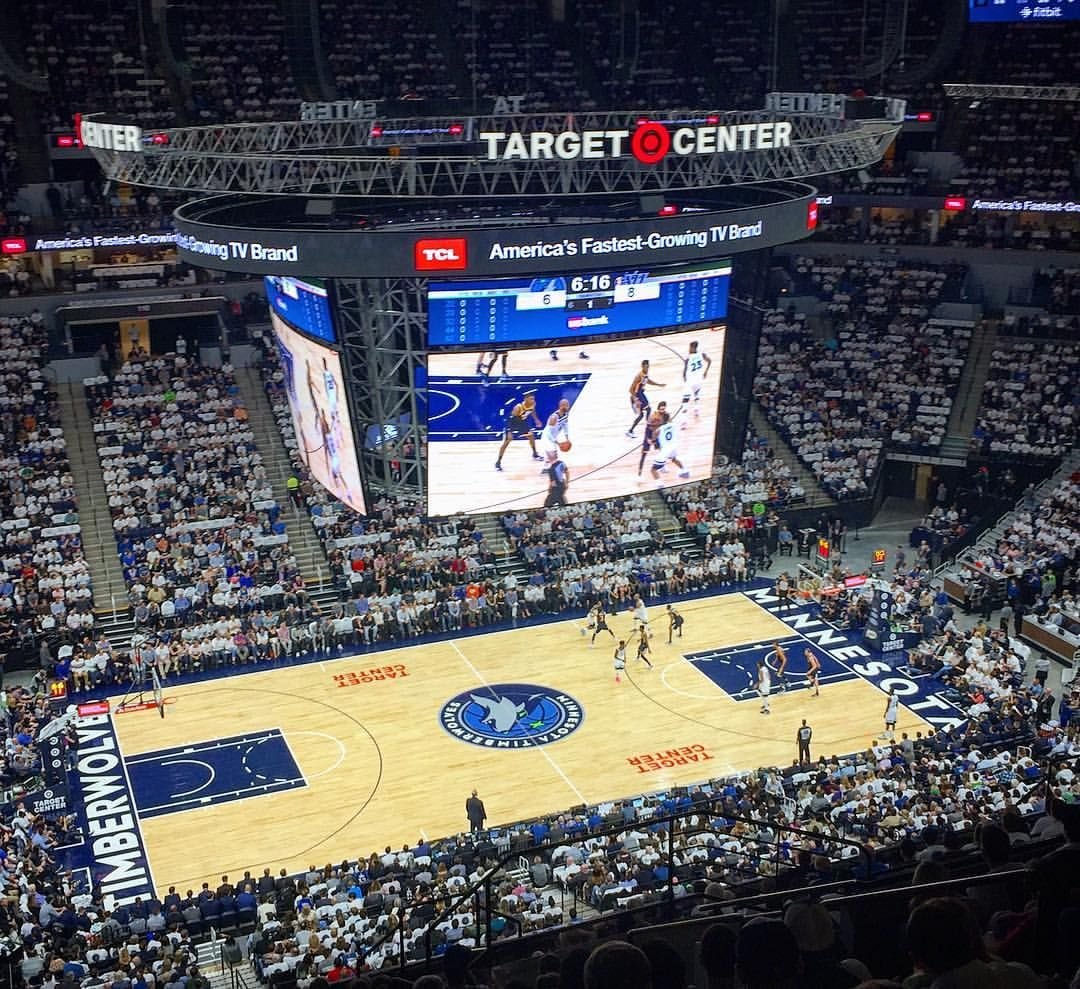 Who owns the Minnesota Timberwolves?

Ryan Saunders has been serving as the team’s head coach since 2019. The Wolves appointed him as the interim head coach after firing Tom Thibodeau, and he took over the complete role starting from the 2019/20 season.

Scott Layden is the current General Manager of the team, while Ethan Casson is the CEO of the Minnesota Timberwolves.

The Minnesota Timberwolves were formed in 1989 as the NBA’s expansion team. As mentioned at the top, they got their name by holding a contest. ‘Timberwolves’ was chosen as the most suitable name for the team.

Generally the case with every expansion team, the Minnesota Timberwolves initially struggled in the league. In fact, they failed to qualify for the playoffs during their first seven years in the association.

The team then made a massive step towards development by signing Kevin Garnett. They selected Garnett with the #5 pick in the 1995 NBA Draft. Upon signing Garnett, the team made their first playoff appearance in 1997.

Garnett had a visible positive impact on the team and guided them to the playoffs for eight consecutive years. He grew dangerously good as the 2000s decade dawned, but he couldn’t get past the conference finals with the Wolves. 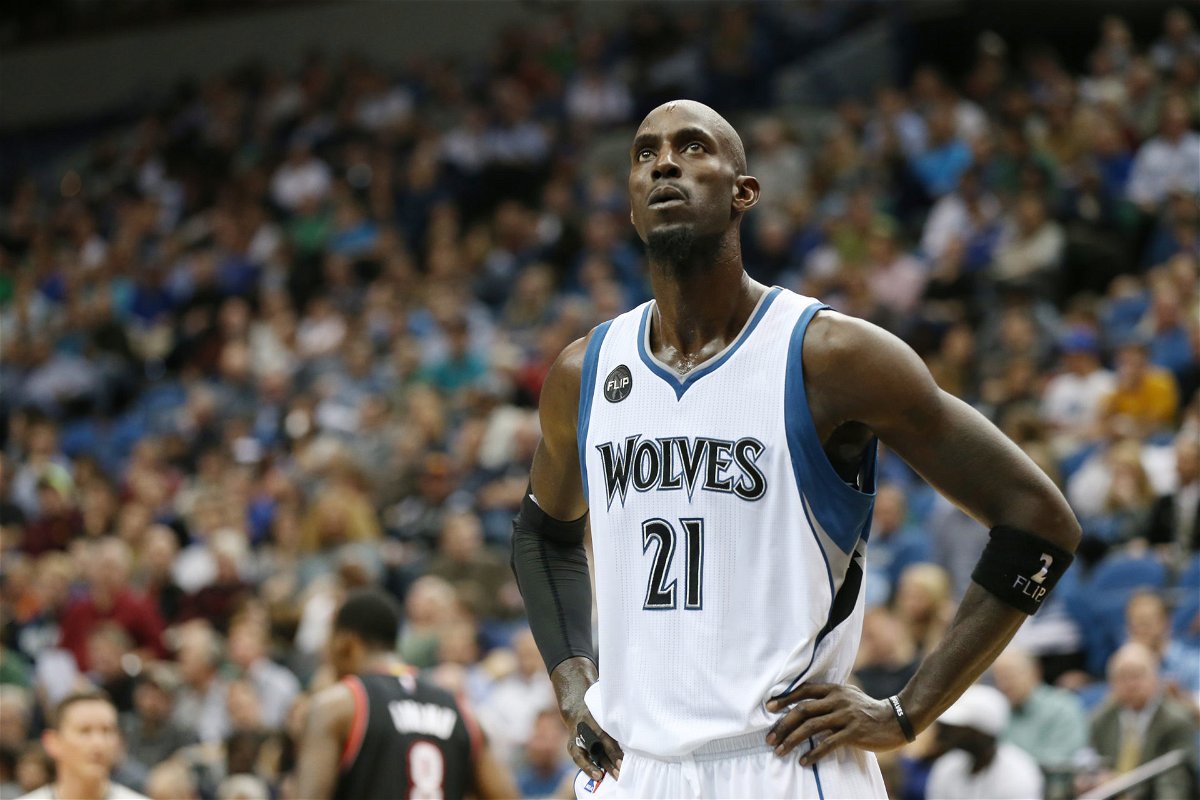 Kevin Garnett also won his only league MVP award during his time with the Minnesota Timberwolves. He averaged a career-high 24.2 points and 13.9 rebounds during the 2003-04 season while shooting 49.9% from the field.

The Wolves’ downfall began when Kevin Garnett left the team in 2007. The franchise has struggled to get back on a strong note ever since its success days in the early 2000s. In fact, the Wolves have only made the playoffs once since the 2004-05 season.

‘Crunch the Wolf’ is the official mascot of the Minnesota Timberwolves. According to the Wolves’ website, Crunch was born in Minnesota wilderness with an undying love for the game and migrated to the franchise once they were formed in the Twin cities. 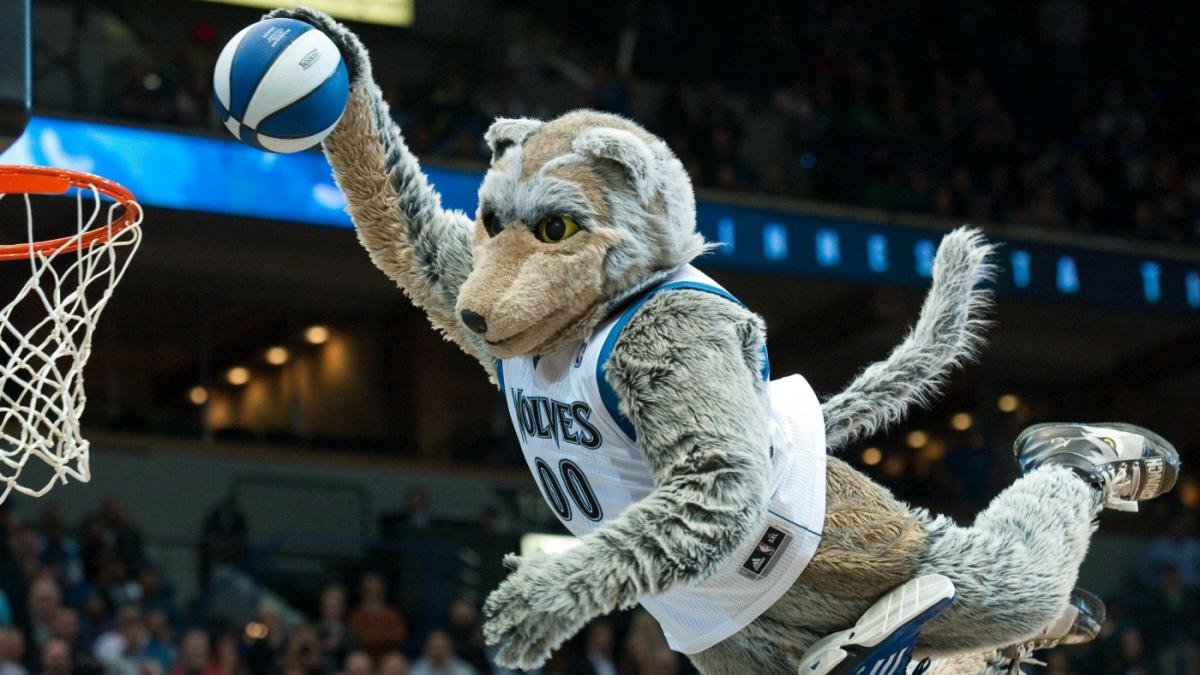 He is a regular-entertainer during their home games and stands about six feet tall from the ground. The Wolves have even listed Crunch’s vertical jump as 15 feet (with trampoline)!

The primary uniform colors used by the Wolves are midnight blue, aurora green, grey, and white. These colors take charge in their jerseys and the color scheme varies depending on the type of uniform they wear for each game.

Electronics and Fitness company ‘Fitbit’ is the main sponsor of the Minnesota Timberwolves. They also endorse their brand through jersey patches.

Moreover, the franchise also has tie-ups with other companies such as Homestead Road and CFMoto.

Lou Williams’ journey with the LA Clippers is coming to an end. The front office…

CJ McCollum is one of the best shooting guards in the Western Conference. His backcourt…

Can the Minnesota Timberwolves Make the Playoffs After Draft Day Moves?

The Minnesota Timberwolves have become one of the scariest teams in the Western Conference. Not…

The 2020 NBA drafts concluded yesterday. Anthony Edwards was drafted as the no.1 pick by…

How will Anthony Edwards Fit in with the Minnesota Timberwolves?

“I Fit at the Top”: LaMelo Ball Confident of His game Ahead of 2020 NBA Draft

With such varying opinions on the top prospects, the 2020 NBA Draft will be an…

The Minnesota Timberwolves are clearly looking like the team to beat next season. Recent reports suggest…

Veteran player, Kentavious Caldwell-Pope was one of the few players who surprised everyone last season.…

“His Mom Is Smiling Down on Him”: Kentucky’s John Capilari Urges Karl-Anthony Towns to Stay Strong

Karl-Anthony Towns turns 25 today. The Timberwolves center has had a tough year both personally…

“So, I Might Break Down, Crying”: James Wiseman Reveals His Emotions Ahead of NBA Drafts

The uncertainty of the draft season is what makes it more exciting. With just a…

Steph Curry is a generational talent. There are no two ways to look at it.…

The 2020 NBA draft class is easily one of the most well-scouted classes in history.…

The Minnesota Timberwolves have been extremely lucky to have center Karl-Anthony Towns. Over the course…

The Phoenix Suns began their journey in the Orlando Bubble with the best record. Going…

WATCH: Timberwolves Star Karl Anthony Reveals the Toughest Decision of His Life Before Losing His Mother

Derrick Rose, the youngest ever MVP in the history of NBA, has been reduced to…

“He’s going to get on you”: Former Teammate Reveals Intricate Details About Jimmy Butler

Jimmy Butler and Jeff Teague were teammates in the Minnesota Timberwolves during season 2017-18. It…

The Minnesota Timberwolves have a lot to change within the organization. The team just has…

by Arjun Athreya
Scroll To Top
PRESS ESC TO CLOSE